(Photo courtesy of The Clarion-Ledger)

(Photo courtesy of The Clarion-Ledger)

The football team at D’Iberville High School wasn’t quite fortunate enough to make the state playoffs this season, but that was far from the case for the Warriors twenty years ago.

That’s because, in 2002, D’Iberville produced the biggest achievement to date for any athletic program in school history as the 2002 Warriors brought home the Class 4A state championship.

On Friday, Dec. 6th at Veterans Memorial Stadium in Jackson, first-year head coach Louis Smith and his DHS team jumped out to a commanding 20-0 lead and thumped West Point 33-7 in the title tilt. The Warriors completed a 13-1 season with their 13th consecutive win in winning the lone state football championship in program history.

The Warriors possessed one of the top defensive units in the state that season, and they rode that defense all the way to the championship. In the title tilt, DHS held the perennial state power Green Wave to just six first downs and less than 200 yards of total offense.

Tailback Carlton Cotten proved to be much more explosive than West Point could contain, gashing the Green Wave defense for 235 yards rushing and three touchdowns in the game. He also caught a 48-yard touchdown toss from quarterback Nick Ladner.

Cotten, a 5-foot-10, 195-pound senior, had transitioned from fullback to tailback for his final campaign. He finished a stellar season with  2,017 yards rushing and 26 touchdowns.

At that time he became just the second D’Iberville back to gain 2,000 yards, joining his former teammate Torey Staten, who achieved the feat twice with Cotten blocking for him from his fullback slot.

The Warriors started the season off a little sluggish, losing the opening game of 2002 to Harrison Central 12-2 on Friday, Aug. 30th. But that would be the only blemish on the Warriors’ docket that year.

The combination of the suffocating defensive attack and the running tactics of Cotten then kicked into gear for DHS, as the defense produced four shutouts through the rest of the nine-game regular season slate, and also never allowed more than 12 points (twice) in a regular season game.

The Class 4A state playoffs opened at home with a 45-0 thumping of Lawrence County, then a trip to Gautier for a rematch with the Gators produced one of the more exciting games of the season for the Warriors as they pulled out a 28-23 win.

An easy 31-7 home win over Brookhaven followed, setting up another rematch of sorts against George County. In the Class 4A South State championship game, Cotten came through again as he picked up a critical first down on a fourth-down, fourth-quarter run in a 20-17 comeback victory over the Rebels in a nail-biter that resulted in the most closely contested contest of the season.

The year before, in 2001, DHS and GCHS met in the second round of the state playoffs with the Warriors winning then as well 26-23 in double overtime so a rematch had been long anticipated and hoped for a full year.

The following week, with the gold football on the line, when West Point cut the DHS lead to 20-7 in the fourth quarter of the title game Cotten answered with a 53-yard scoring dash that iced the contest and added the biggest milestone ever to the history books at DHS.

Two other D’Iberville players joined Merrill on the 4A all-state first team, linebacker Jason Hockaday and kicker Darren McCaleb. Also, defensive end Delmas Holley and linebacker Robby Ellis were selected as second-team all-state. The dynamic duo of Ellis and Hockaday at linebacker led the team in tackles respectively each with over 130 total stops apiece.

Smith capped off his first year as head coach by winning the state championship and being named Coach of the Year in Class 4A. He passed away last year. He served almost 30 years as a teacher and coach at D’Iberville High School. 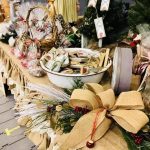 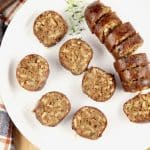