In 1987, 35 years ago this Fall, the football team at Pascagoula High School sat atop the prep football world in the state of Mississippi.

And some might say the Southeastern United States as well.

The 1987 Panthers registered one of the finest seasons ever on the gridiron in The Magnolia State, as they recorded a 14-0 season and captured the Class 5A state championship. The squad finished ranked as the top team overall in the state and was ranked 14th overall in the nation by The USA Today.

The team was guided by the Matthews family, as Bill was in his second year as the PHS head coach and his son Shane was the senior standout quarterback.

“It’s really something you always dream of, being a part of a season like that,“ Shane Matthews said, in a telephone interview from Gainesville, Fla.. “It’s not easy to play for your dad, but that season was just so magical. And then to be able to accomplish something like that along with him, in the end and over time that made me realize that it was even more special. It’s certainly something I’ll always remember.”

The elder Matthews, who remained in Pascagoula for the next thirty plus years,  died in 2020.

The Panthers wrapped up the state title, the first for the school since 1976 and the last one to date, with a 27-7 win over Greenwood at Robinson-Hale Stadium in Clinton on the Campus of Mississippi College. It marked the second consecutive week that Pascagoula traveled to Clinton, as they beat homestanding Clinton High 14-7 in the South State finals the prior week.

“I think that team was the best ever in the state of Mississippi. And I know Moss Point and South Panola, among others, have had some great teams as well over the years,” Matthews added. “But I really believe we were the best ever. Some people don’t realize how much talent we had on that team.”

Matthews pointed out that the team was so talented that the best overall athlete, Terrell Buckley, didn’t even play on offense. He was strictly a defensive back and kick returner.

“In high school football, for that to happen, is really unheard of. It just shows you how loaded we were,” he concluded.

Buckley was part of a dominant defensive unit that was just as important to the overall success of the Panthers that year as was Matthews and the offense. The Panthers intercepted 29 passes that season, 13 by Buckley.

In fact, the Panthers recorded shutouts in half of the 10 regular season wins, including capping that run with a 14-0 whitewashing of arch-rival Moss Point. That win, along with a 12-point, 29-17 road win over Ocean Springs three weeks before, were the closest games Pascagoula played in the regular season.

Perhaps the biggest regular season win of the campaign came against defending state champion Picayune in week five. The Maroon Tide was ranked in The USA Today Top 20 at that point, and led 7-0 at halftime. But the Panthers rolled up 31 unanswered points in the second half and rolled to a 31-7 win that gave notice to everyone state-wide that they were a force to be reckoned with from there on out.

After the win over MPHS to end the regular season, Pascagoula moved past Harrison Central (34-0), Warren Central (21-14) and Clinton to reach the state finals and then proceeded to smash a previously unbeaten Greenwood team to take the state crown.

Matthews finished the season completing 194 of 347 pass attempts for 2,650 yards and 25 touchdown passes. He also ran for four scores and finished with over 2,800 yards of total offense.

He went on to The University of Florida and became a two-time Southeastern Conference Player of the year, breaking many team and league passing records in the process under the guidance of the old ball coach Steve Spurrier. Matthews, who also played over a decade in the National Football League for various teams, is currently Florida’s color commentator on the school’s radio network.

Pascagoula senior standout center Frankie Godfrey, an all-state performer whom many observers felt was the top offensive lineman in the state, went on to start up front for LSU for several seasons. Tight end John Grant was a lethal weapon for Matthews as well, hauling in 53 passes for 967 yards and 11 scores. Kez McCorvey, a sophomore wide receiver, eventually signed with Florida State and played in the NFL also. Tailback Jamie Oatis ran for right at 800 yards.

Buckley also went to Florida State, and became an All-American cornerback. He then spent 14 years in the NFL and won a Super Bowl championship with the New England Patriots following the 2001 season.

Joseph went on to earn All-SEC honors as a defensive end at Mississippi State, while Alexander was a teammate of Godfrey’s at LSU. Tart played at Jackson State.

Quite a few others off that team, as many as perhaps 40 according to Matthews, went on to play college ball in some form or fashion.

The 35th anniversary of the state title will be commemorated on Oct. 7th when Pascagoula hosts D’Iberville. 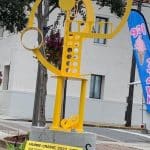 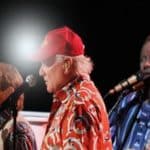