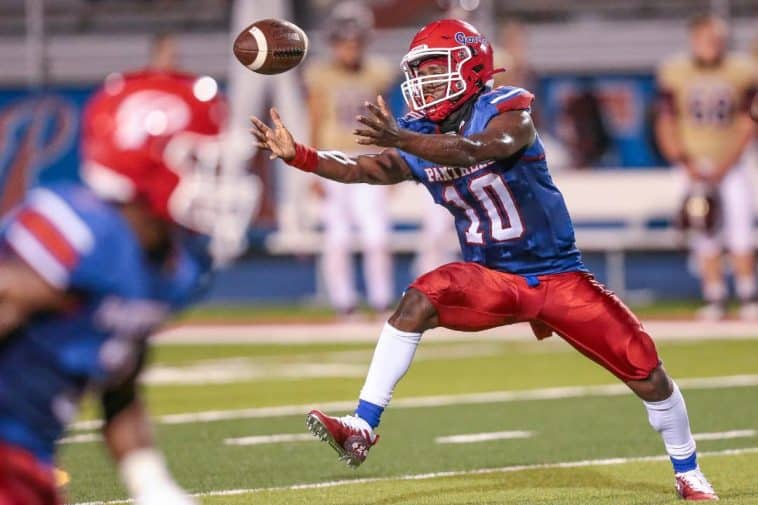 Pascagoula's Keilon Parnell will try and handle the football as much as possible against Moss Point Friday night. 📸 Photo by Bobby McDuffie
One of the best ways for a sportswriter to make a fool out of himself is to try and predict the weekly outcomes of any type of sporting event, but especially high school football games.

Not that I need any help, but here goes…

Have no fear, Rock’s Locks is here again y’all.

Yes, Rock’s Locks is back in South Mississippi for yet another prep football season. Rock’s Locks has been a steady feature in several daily newspapers (remember those?) across South Mississippi for much of the past three decades. Each week we will attempt to provide some insight with some prep pigskin prognosticator picks and provide you readers with much material to ridicule me with I am sure.

There has been a lot of talk about Rock’s Locks over the years. But I didn’t care what was said, I decided to try and sometimes make a fool out of myself again this year.

Some big games highlight the schedule for the opening week.

In the words of Marvin Gaye….Let’s get it on.

Here are 7 games in South Mississippi to keep an eye on this week:

1. Moss Point at Pascagoula (Game of the week): After a brief two year absence for the first time in over 70 years because of Covid, the 82nd renewal of “The Battle of the Cats” takes place in War Memorial Stadium as the Panthers host longtime rival and nearby neighbor the Tigers. Under head coach Lewis Sims, ironically enough, Pascagoula has taken over the all-time series lead recently after Sims left his alma mater (MPHS) and came across Jefferson Street 12 years ago. The Panthers hold a 41-37 advantage, with three ties, but the teams did split the last four games before the hiatus. While it’s still a bit hard for us old-timers to get used to this battle kicking off the season instead of being played as the regular season finale, at least it’s back on the field this year. We see a competitive battle, but we’ll stick with the home-field advantage in this one…Pascagoula 20, Moss Point 15.

2. Ocean Springs at Clinton (Thursday night) — The Greyhounds enjoyed their best season in almost 50 years last season, and the unbeaten 11-0 regular season started with a thrilling and close overtime win at home against these Arrows. Senior standout signal-caller Bray Hubbard, an Alabama commit, is back to lead Ocean Springs. We don’t see any reason to see any different outcome than the Greyhounds got last year in the opener…Ocean Springs 34, Clinton 31.

3. Picayune at Poplarville — The defending Class 5A state champion Maroon Tide begin defense of their crown by heading the 25 miles or so north up Interstate 59 to face the home-standing Hornets in this Pearl River County rivalry. Picayune tailback Donte Dowdell, an Oregon commit, is one of the top returning rushers in the state and will face off with Poplarville tailback Maurice Travis.The Hornets have appeared in four of the last six Class 4A South State championship games. In the end, though, the Maroon Tide prevails behind a stout defensive presence…Picayune 27, Poplarville 16.

4. East Central at Biloxi (Shrimp Bowl) — The Hornets open the season against the Indians for the fourth time in six seasons. This will be the first game as head coach for longtime ECHS assistant coach Sam Huff, who was elevated to the top spot after the departure of Eric Collins. We see a defensive struggle in Harrison County in this one…East Central 16, Biloxi 14.

5. George County at Gulfport (Port City Bowl) — The Admirals host the Rebels at historic Milner Stadium in the second game of this event, which begins at 6 with Harrison Central hosting Oak Grove, meaning this will be a much later than normal kickoff for these squads. It’s a battle of top-billed quarterbacks, with George County sophomore Deuce Knight facing off with Gulfport senior Jacob Palazzo. We like the home team in this one as well…Gulfport 23, George County 20.

6. St. Stanislaus at D’Iberville — The Rock-a-Chaws travel to Harrison County to take on the home-standing Warriors in what marks new D’Iberville head coach Josh Ladner’s debut at the helm of his alma mater. That motivation, to give the new coach his first win, will be about all the Warriors will need in this one…D’Iberville 32, SSC 23.

7. St. Patrick at Resurrection — The Eagles kick off the Eric Denmark era at home in fine fashion…RCS 28, SP 12. 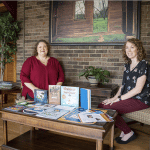 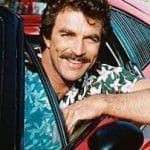