3. Scavenger Hunt: Depending on the number of kids present, they can either work in groups or alone. Make a list of items to collect from around the house. To make it more interesting, you can assign points to certain items and whoever has the most points wins.

5. Make a Time Capsule. This is something kids can make and save until the following New Year’s Eve. You can use a jar or container and put items in it to remember what they did during the year, or even an envelope, and kids can write out answers to certain questions, like:

–Best memory of the year

–What they are most looking forward to in the new year

6. Bucket list. Have everyone make a bucket list of things they want to do in the new year. You could put the lists away until the following New Year’s Eve to see how many things everyone did off their lists.

7. Dance Party. Turn down the lights, turn up the music, and dance.

9. Party Games.  Play interactive games such as charades or Pictionary or maybe even a rousing round of I Spy.

10. Candy Grouping. Taking a big bag of M&Ms or Skittles, pour an equal amount of them into a bowl or plate per kid. Using small cups (preferably clear), one per candy color, set those up between the players. Give each kid a spoon and have them separate the candy from their dish into the separate color cups for each player. First kid to do so wins.

11. Tick Tock Tic Tacs. Each player has 1 minute to move an equal amount of tic tacs per player from one bowl to another using only tweezers.

12. Hot Chocolate Bar.  Set up a hot chocolate station. Use a slow cooker to keep the chocolate warm and have toppings such as whipped cream, cherries, sprinkles, peppermint sticks, or whatever kids want to add.

13. Kid Drink Bar. If you’re having a family-friendly party, kids will appreciate a drink bar of their own. Set out an assortment of drinks, such as Hawaiian punch, Gatorade, sodas, water with flavor packets. If the kids are still up at midnight, have for them sparkling cider or sparkling grape juice that they can use to toast to the New Year.

14. Ice Cream Bar. Have a couple or so different kinds of ice cream flavors and go wild with the toppings – chocolate or caramel syrup, fruit, whipped cream, sprinkles, nuts (if there are no nut allergies), candy pieces, and whatever else kids may want.

15. Pizza Bar. There are tons of recipes on the Internet on how to make small individual pizzas using biscuits, tortillas, or French bread. Or, use a premade pizza crust and have every kid add their own toppings to the pizza. Toppings could include pepperoni, sausage, bacon, vegetables, pineapple, or whatever they want.

16. Taco Bar. Same idea as the pizza bar. Use either hard tacos or soft tacos and assemble numerous toppings, such as cheese, lettuce, tomatoes, and whatever else they want.

17. Dessert Bar. Same idea as the other bars. Whip up a batch of cupcakes or cookies and let kids decorate them with an assortment of toppings.

18. Light Up the Night. Weather permitting, when it’s almost midnight, or earlier if kids can’t stay up until then, have the kids bundle up and go outside and light up the night. Give each kid a sparkler if they’re old enough to handle it and follow the rules, or if too young, give them glow sticks. If the weather is not cooperating, turn off all the lights in a room in the house and wave around the glow sticks, but leave the sparklers outside.

19. Photo Booth. You’ve probably seen photo booth ideas on the Internet. Set up an area against a wall on which you can put a backdrop, perhaps using leftover holiday wrapping paper. Use props such as costumes, boas, party hats, glasses, sticks with mustaches on them, etc., and let kids be silly. Or have kids just hold up a sign saying “Happy New Year” and make funny silly faces.

20. Midnight Balloon Pop. Blow up as many balloons as you want and at midnight have the kids pop them. Make it really festive by slipping some confetti into the balloons before you blow them up. (Sorry moms). But make sure that all pieces of popped balloons and confetti are picked up in case there are very small children about.

22. This Blows. You’ll need a big enough area to play this game as each player sets out 10-20 cups in a line in front of them. (Depending on the number of players and or available space, you could lower the number of cups or have them take turns). The object of the game is to knock off the cups by blowing up a balloon, but not tying it closed, and blowing the cups off the table by  letting the air out of the balloon and onto the cups.

23. Balloon Countdown. (This one I did with my daughter and she loved it).

Decide how many balloons you want to use and how many hours you want to observe. For every balloon, write out on a slip of paper an activity for kids to do. Or keep a handwritten list with the time and activity. Slip the papers into the balloons and blow them up. Take a Sharpie and write an hour on each balloon. Say you’re going to start at noon, you’d write noon or 12:00 pm. At that time, have kids pop the balloon and do whatever activity is on the paper. Again, if there are very small children about, make sure to pick up pieces of popped balloons. You could even use some of the earlier-mentioned ideas in this list for activities. Other ideas are:

–Watch an episode of a favorite TV show

–Play a tune on a musical instrument

–Go outside and run around the house (weather conditions permitting and making sure proper lighting is available).

–Disco party (this one my daughter loved). I had a small rotating battery-operated disco ball, and I purposely put this activity in a balloon at an hour after sunset so it would be dark. The activity said to go into a room and turn off all lights. Turn on the disco ball and play a disco song. We played YMCA and had a blast!

*Note: instead of using balloons, you could use envelopes or small paper bags for each hour. If doing it that way, you could have the kids decorate the envelopes/bags and you slip in a special treat or a piece of paper with an activity on it.

These are just a few suggestions for kids to have fun on New Year’s Eve, but there are so many other ideas out there. You could even let your kids come up with ideas. There are no rules. You are only limited by your imagination.

And no matter what the kids end up doing, the main thing is for them to have fun. They’ll no doubt create memories and then perhaps one day do the same thing with their own kids. 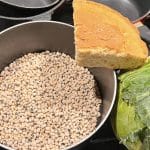 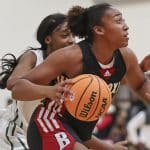