Pascagoula's Chuck Commiskey gets ready to snap the ball for Ole Miss against Notre Dame on Sep. 17, 1977/YouTube

And a player from Pascagoula was at the epicenter of the big win for the Rebels.

On Saturday, Sept. 17th, 1977, Chuck Commiskey wore the number 55 on his home red jersey as the starting center for the Rebels and was on the field for nearly every Ole Miss offensive snap. Notre Dame was a 21-point favorite over the Rebels, and not many people, if any really, gave Ole Miss a chance in the contest.

“It was a different time back then as far as national coverage for college football, I mean ESPN wasn’t even around yet.” Commiskey said, from his home in New Orleans. “I’m not sure we realized how big of a deal it was until some years later, or at least towards the end of that season.”

That’s because it wound up being the only loss of the season for the mighty Fighting Irish, and head coach Dan Devine’s team went on to be crowned National Champion by The Associated Press

“I was fortunate enough to be a part of a team that really achieved a big milestone in Ole Miss football history, Commiskey added. “I mean it’s still considered one of the biggest wins ever for the school.”

Notre Dame was ranked third in the nation when it arrived in Mississippi for the first-ever meeting between the teams. The Fighting Irish was one of the top college football programs in the nation at that time, and had won a National Championship just four years before in 1973.

By all accounts, it was a normal hot, steamy and humid day in the state capital in mid-September, something that the squad from South Bend wasn’t really prepared for.

Notre Dame was filled with All-Americans and future pro players, including Ross Browner, Bob Golic, Ken McAfee, Luther Bradley, Willie Fry and Dave Huffman among others. Joe Montana and Dave Waymer watched from the sidelines that day, but that would change in the near future.

Devine’s crew was coming off beating the sixth-ranked Pitt Panthers 19-9 on the road in the season opener. Ole Miss, meanwhile, stood 1-1 after struggling to beat Memphis State 7-3 to open the year before getting smacked by Alabama the week before 34-13.

“I’m not sure how many folks, even in Oxford, gave us much of a chance,” Commiskey said.

But Ole Miss, guided by head coach Ken Coper, took a 3-0 lead after the first half and led 10-7 at halftime. After a scoreless third frame, Notre Dame rallied a bit with a pair of field goals as the fourth quarter unfolded to take a 13-10 lead with just under five minutes to play.

But with 4:53 showing on the game clock, and 80 yards from paydirt, the Rebels got the ball back with a chance to stun the world, and they did.

Reserve quarterback Tim Ellis came off the bench to take snaps from Commiskey and in turn marched the Rebels down the field. After a 10-yard completion to tight end Curtis Weathers, Ellis then went the other way to yet another Rebel tight end L.Q. Smith.

Smith, in what would mark his only career reception for the Rebels, hauled in a short pass and raced 48 yards to the Notre Dame 22.

Two plays later, Ellis hit tailback James Storey with a swing pass that resulted in a 12-yard touchdown for the win.

The Ole Miss defense, led by nose guard Charlie Cage, linebacker Brian Moreland and end George Plasketes dominated all day. Cage may have had the biggest game of the day and of his career, making  17 total tackles including several for a loss.

Ole Miss added a late field goal as the result of an ND turnover, and the sold-out stadium crown of almost 50,000 erupted into a celebration as the final seconds ticked off the clock.

“It was crazy at the end, bedlam I guess you could say,” Commiskey concluded. “It’s certainly something that everyone that was there will always remember.”

Commiskey went on to play numerous years in pro football, including winning two championships in the old United States Football League as well as starting for the New Orleans Saints for several seasons and helping lead them to their first-ever playoff appearance. He was teammates with Waymer in New Orleans.

Notre Dame would insert Montana into the line-up the next week, and go on to win nine straight games including trouncing undefeated Texas and Heisman Trophy winner Earl Campbell 38-10 in the Cotton Bowl to be named National Champions. 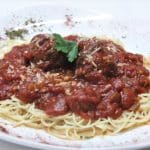 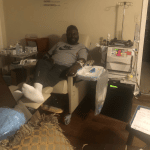