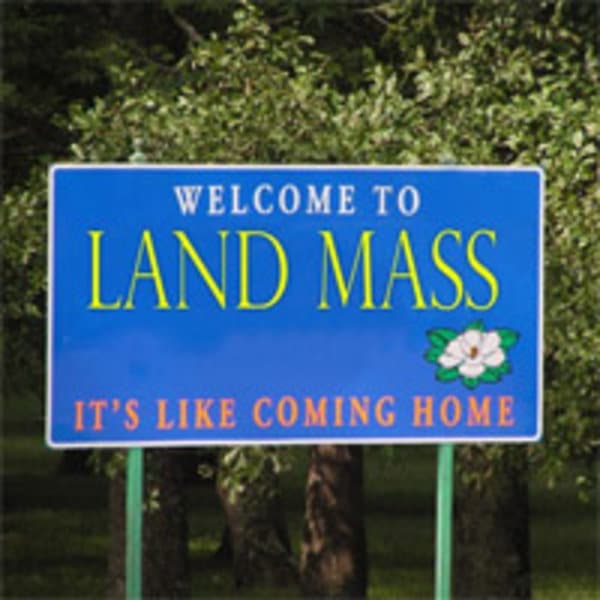 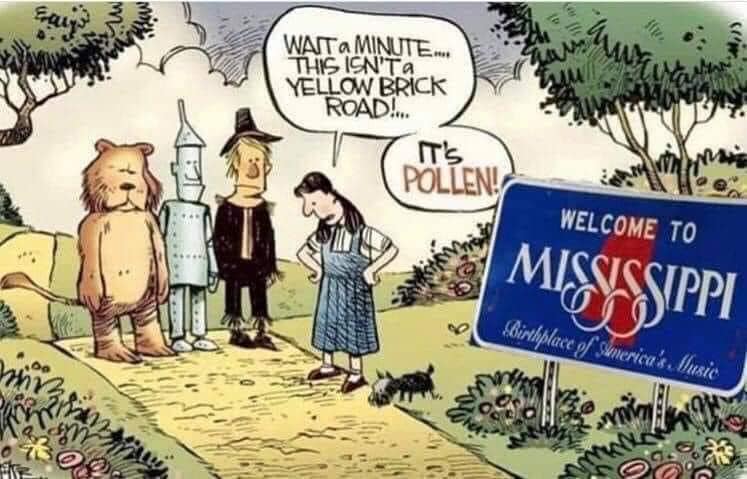 The pollen season typically is March through May, and this is when the yellow stuff gets everywhere! You will see it on anything and everything that is outside, and with pollen, comes allergies and the potential for sinus infections.

2. The landmass between New Orleans and Mobile. 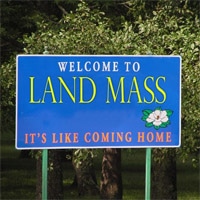 This meme comes from The Weather Channel. On August 26, 2012, Tropical Storm Isaac was headed to the Gulf Coast. The Weather Channel was live, covering the trajectory of the storm, and referred to Mississippi as “the landmass between New Orleans, Louisiana, and Mobile, Alabama.” Soon after, there was a flood of outcries and criticisms of this “deficiency” in basic United States geography.

3. The weather is more than unpredictable. 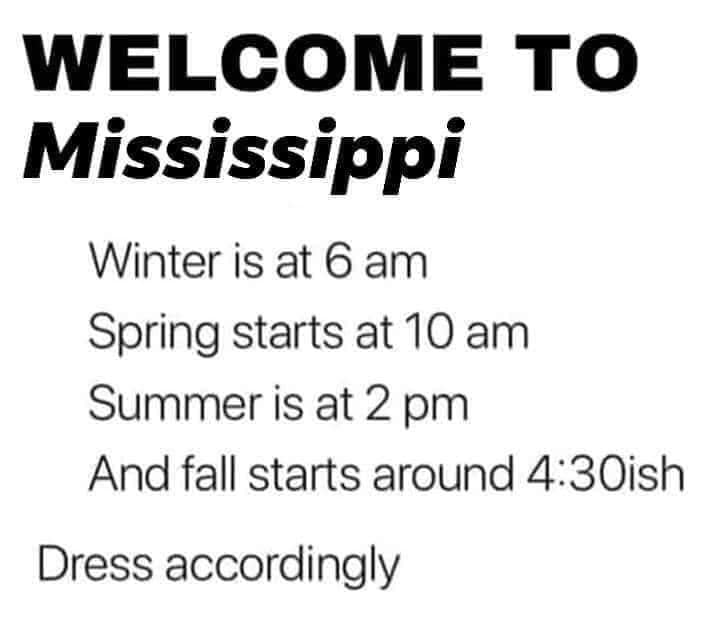 The weather in Mississippi can be more than unpredictable at times. You wake up in the morning and have to wear a sweater. As the day goes on, it gets hot so the sweater comes off, but then when the sun starts to go down, it gets chilly once again. 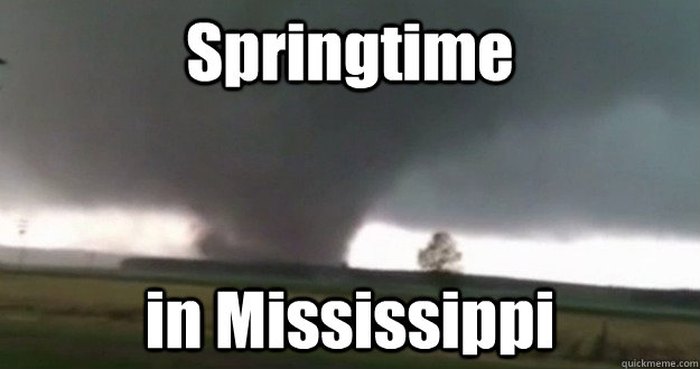 While spring in Mississippi is absolutely gorgeous most of the time, it is nevertheless the state’s peak tornado season.

5. There’s never too much Cane’s sauce. 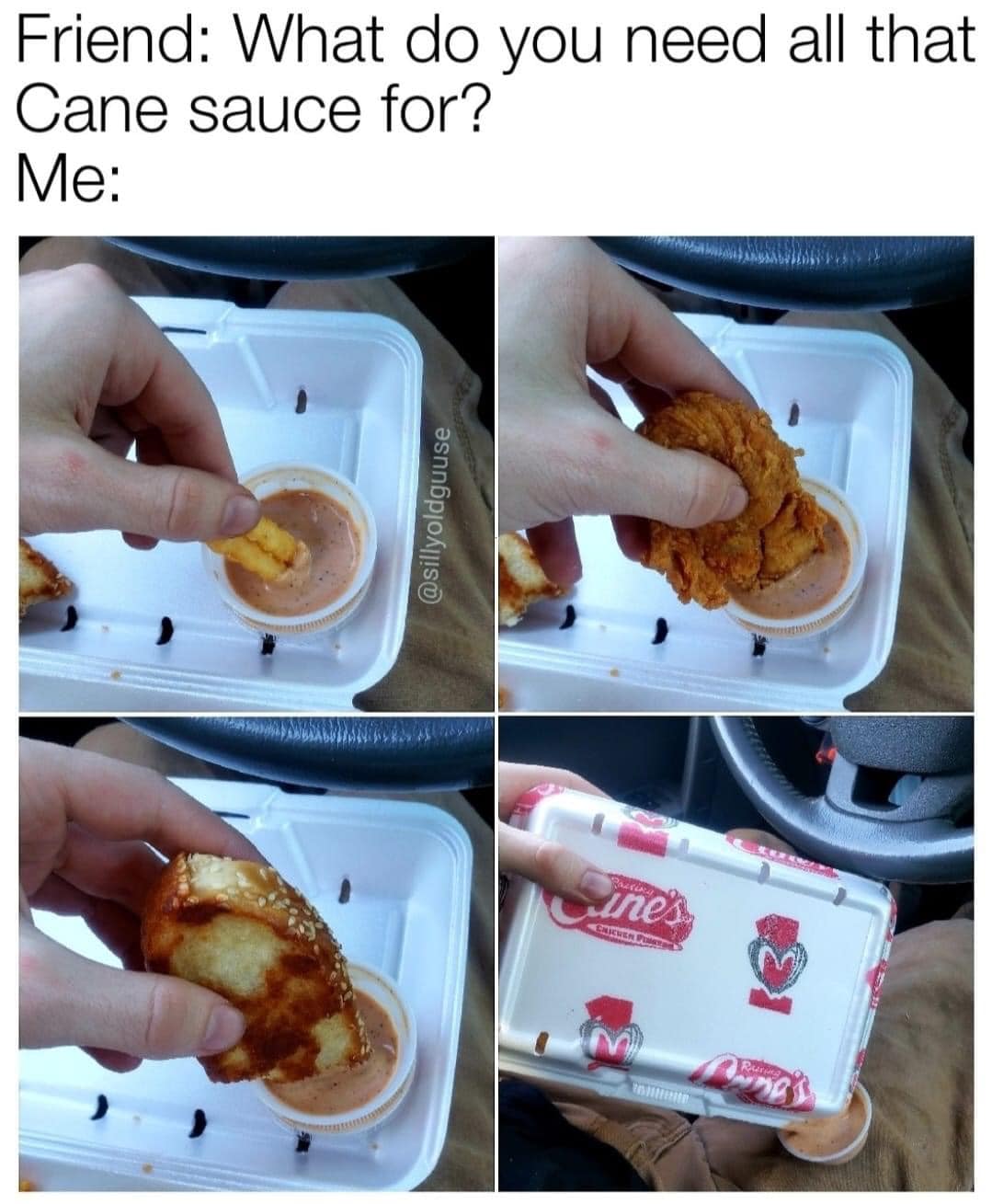 There’s just something about Raising Cane’s and Mississippians, and I guess it may be the sauce. No matter which location you’re at, you better be prepared for an outrageously long line. 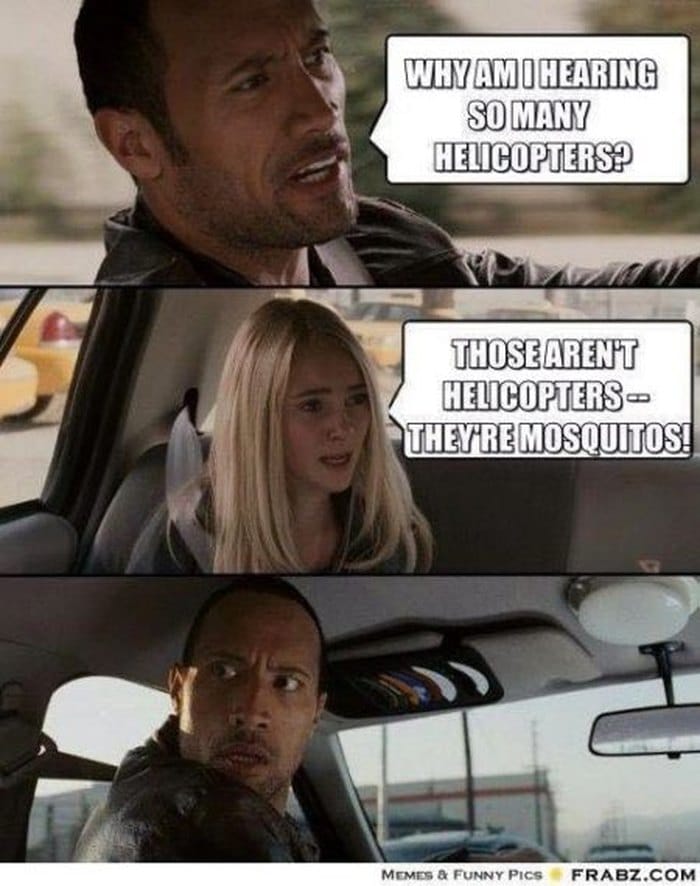 Some don’t truly understand the extent of mosquitoes in Mississippi, but to give you a little more insight, “The Mosquito Flag” made it to the second round of flag designs when the state was selecting a new banner this past year. 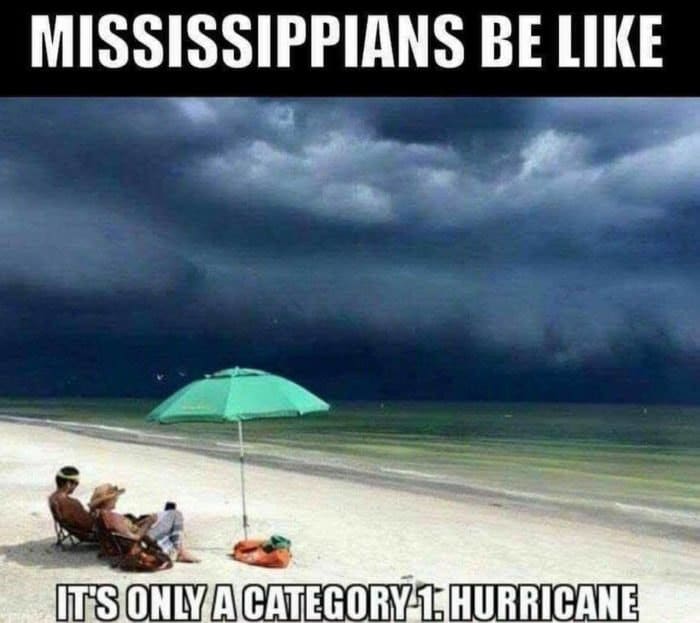 This meme comes from Only in Your State. Assuming that after experiencing two major hurricanes such as Katrina and Camille, a Category 1 hurricane may seem rather easy to Mississippians? 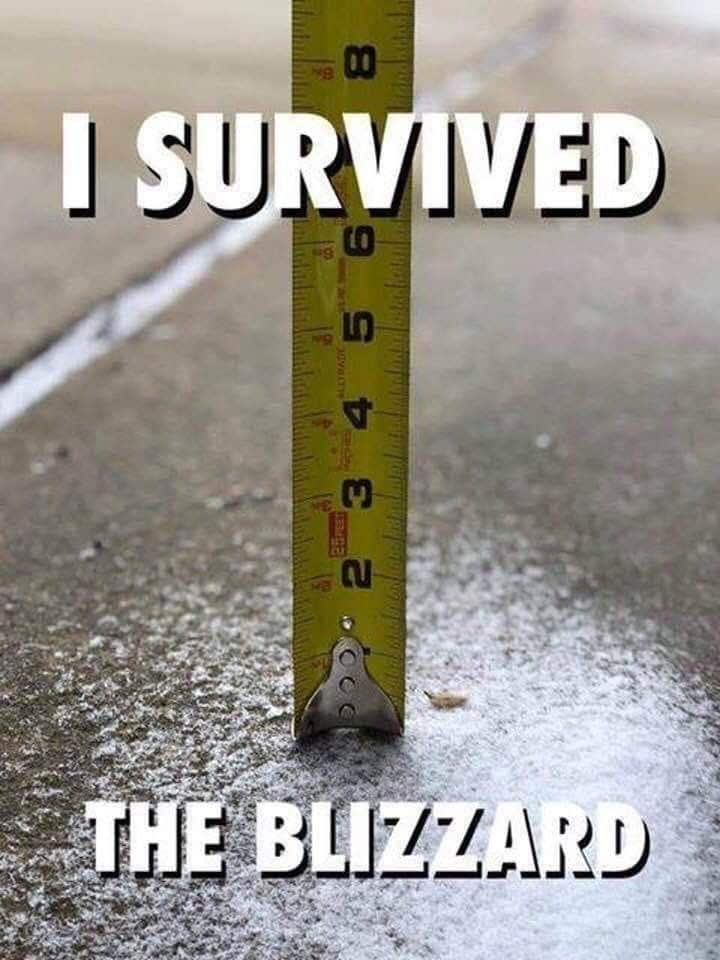 Snow in Mississippi is a rare event, but when it does happen, Mississippians can often be found referring to it as “the blizzard” or “the snowpocalypse.”

We definitely have some things that are unique to us as a state such as the big mosquitos and lots of pollen. Did I miss anything unique or funny about living in Mississippi? If so, comment below! 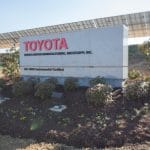