The only good thing about the heat is that it will be coming to an end sometime in the future. The calendar says that the first day of fall is September 22, but those of us here in south Mississippi know that our summer lasts well into the fall.

We are now in the waning days of the “Dog Days of Summer.”  You may have heard that expression before, but what exactly are they? When are they? And what do they have to do with dogs? (They actually don’t have anything to do with dogs).

Read on to learn about the Dog Days of Summer:

What are the Dog Days of Summer?

The “Dog Days” refers to a period of hot and humid weather occurring during the summer months of July and August in the Northern Hemisphere.

Why are they called the “Dog Days” of Summer?

This period of weather coincides with the year’s heliacal (which means “at sunrise”) rising of Sirius, the Dog Star.

Sirius is part of the constellation Canis Majoris (the “Greater Dog”) which is where Sirius gets its canine nickname, as well as its official name, Alpha Canis Majoris. Besides our sun, Sirius is the brightest star in the sky.

When are the Dog Days of Summer?

The exact dates of the Dog Days can vary, but most sources agree that they last from July 3 to August 11. Since they are related to the rising of the star Sirius, they have changed over time. They start soon after the Summer Solstice in late June, which is the beginning of the worst of summer’s heat.

During the summer, Sirius rises and sets with the Sun. Sirius is in conjunction with the Sun on July 23, and because Sirius is so bright, the ancient Romans believed it gave off heat and added to the Sun’s warmth. That accounted for the long stretch of sultry weather, which was referred to as dies caniculares, or “dog days.”

The term “Dog Days of Summer” came to mean the 20 days before and 20 days after this alignment of Sirius with the Sun (July 3 to August 11) each year.

However, while this period of time seems to be the hottest stretch of summer, the heat isn’t due to Sirius. The summer heat is a direct result of the Earth’s tilt. During summer in the Northern Hemisphere, the tilt of the Earth causes the Sun’s rays to hit at a more direct angle and for a longer period of time throughout the day. That all adds up to longer, hotter days.

What are the Origins of the Dog Days?

Back in ancient Rome and Greece, the Dog Days were believed to be a time of drought, bad luck, and unrest. It was also a time when men and dogs would be driven mad by the extreme heat. (Considering how hot our Mississippi summers are, it’s understandable how one can be driven mad by the heat). Today, the Dog Days are associated with the time of summer’s peak temperatures and humidity.

In ancient Rome and Greece, it was believed that the dawn rising of Sirius in mid to late summer contributed to the extreme weather of the season. They thought it was the combined heat of Sirius and the Sun which caused the sweltering summer temperatures. The name “Sirius” comes from Ancient Greek seirios which means “scorching.”

Of course, Sirius doesn’t actually affect the weather on Earth, but its appearance during the hottest part of the summer fuels the lore surrounding the Dog Star.

The ancient Romans and Greeks weren’t pleased by Sirius’s appearance because it signaled a time when evil was brought to their lands in the form of drought, disease, or discomfort. They also believed that rainfall on the Dog Days was a bad omen.

So hang in there. The Dog Days will soon be over. But just know that they may last a little longer than August 11.

*Photo courtesy of the Chicago Tribune. 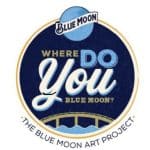 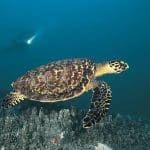