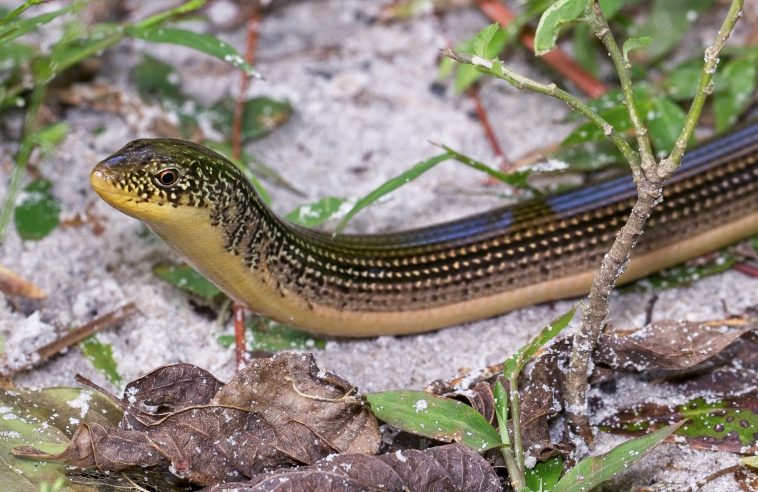 Most of us tolerate the sight of a lizard compared to a snake. Yet, some of my friends will argue that point. But the swift movements of lizards on four legs is easy enough to note when they show themselves. Snakes are a different issue for most, and I have a few friends that seem to be able to move faster and jump higher when they see them. Alas, there is a creature that may make them jump at first but is a lizard, in disguise.

Like snakes, Glass Lizards evolved to forsake legs as a means of getting around. These animals are more at home in burrows in the ground rather than in the open like many of their relatives. Also known as Legless Lizards, these creatures certainly look like snakes at first glance, but are more like their legged cousins compared to snakes.

Once you get past the idea that they are not snakes, their characteristics of being lizards become apparent. Their head shape is clearly that of a lizard, including small external ear openings behind their eyes that snakes lack and eyelids that allow them to blink at you. And like many lizards, their tails will break away when disturbed, actively writhing about to distract an attacking predator while the lizard escapes. For these lizards, their tails can break into many pieces, like glass.

Of the six species of glass lizards in North America, our most common along the Gulf Coast is the Eastern Glass Lizard, Ophisaurus ventralis. Ophisaurus is from the Greek “snake-lizard” and ventralis is based on the Latin word “venter” meaning belly, a reference to its snake-like movement. Although they do wiggle like a snake, their movements are much stiffer than that of a snake. When found on a hard surface like a roadway, they strain to move and often get stuck there and die. They are most at home under logs, in their own burrows in sandy soils, or in those of other creatures, like crawfish burrows.

Although seldom seen, they are common in our area, living near wetlands, including pine flatwoods, tidal areas, and coastal dunes, where they feed on a variety of insects, spiders, small mice, snails, and the eggs of other reptiles and ground-nesting birds. They are not aquatic but live nearby. Adults can grow to be 40 inches long, although few retain their optimal length. Their tails make up nearly ¾ of their length but are easily lost. Tails regenerate, but seldom to the original extent.

If you do encounter one of these creatures, they will not linger long. They may not have legs, but they can move fast enough and disappear before your eyes. If one does linger long enough for a view, their colors and patterns are striking. One more creature to keep an eye out for. 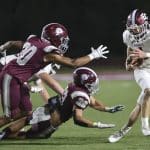 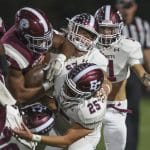