And it all comes down to this…

The 2022 Mississippi prep football state championship games are set for this weekend. All 12 teams involved were represented at a press conference at the Mississippi High School Activities Association offices in Clinton Monday morning.

All six games will be played at M.M. Roberts Stadium on the campus of the University of Southern Mississippi starting Friday at 11 a.m. There will be three games played on Friday and three more on Saturday.

This year’s title tilts feature just one team from the “Southern Six”.

There is also plenty of prep basketball taking place throughout the week.

Here are 7 things to watch in the “Southern Six” this week:

5 — MS/LA Challenge —  Hancock hosts Moss Point in basketball action Tuesday night. After facing off Tuesday in the Kiln, both the Hawks and Tigers will play in the Mississippi/Louisiana Challenge at Harrison Central High School in Lyman on Saturday. Play starts at 9:00 a.m., Saturday morning with eight games on tap, seven boys’ contests and one girls’ affair. Pass Christian and Sarah Reed of New Orleans tip things off, followed by Lutcher and Brookhaven at 10:30. Moss Point meets Helen Cox of New Orleans at Noon, and then Hancock faces Bogalusa at 1:30. Zachary meets Madison-Ridgeland Academy at 3, followed by the Gulfport-St. Thomas Aquinas of Hammond at 4:30. The Harrison Central girls then face Ponchatoula 6 p.m., in an intriguing match-up as the Lady Rebels finished as the Class 6A state runner-up last season while the Lady Greenies won the state championship in their classification. The host Red Rebels close out play around 7:30 facing East Jefferson of New Orleans.

6 SMHS Hoopsfest — Quite a few girls’ basketball teams in the “Southern Six” will be at St. Martin High School on Saturday to participate in the SMHS Hoopsfest. D’Iberville and Theodore tip things off at 10:30 a.m., followed by Long Beach vs. Archbishop Hannan at Noon. Ocean Springs meets Hahnville, La., at 1:30 p.m., followed by Gulfport vs. Edna Karr of New Orleans at 3 p.m. Quitman faces Foley (Ala.) at 4:30, followed by the host SMHS Lady Yellow Jackets vs. East Iberville (La.) at 6 p.m. Pascagoula wraps things up meeting Jackson Callaway at 7:30. The Pascagoula girls are coming off a trio of losses during the Thanksgiving break, as they dropped a 54-25 decision to Fort Walton Beach (Fla.) in Orange Beach, Ala., as well as losing two games in the UMS-Wright Tourney in Mobile where the Lady Panthers lost to the host team 61-42 as well as to Daphne (Ala.) 56-47.

7 Highly-ranked — A trio of boys hoops teams on the coast are all ranked highly in various state-wide basketball polls. Gulfport is ranked second in the Mississippi Hoop Report Power 15 rankings and stands at 7-1 on the season, while Pascagoula is 6-1 with the only loss for the Panthers coming to the Admirals. Biloxi is 5-1 and ranked seventh. The Indians face D’Iberville Tuesday night, while Gulfport travels to Madison-Ridgeland Academy for a rematch from last week with the Patriots. Pascagoula has been off for two weeks but gets back on the court Friday on the road at Hattiesburg. 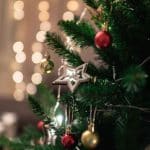 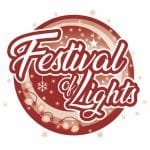