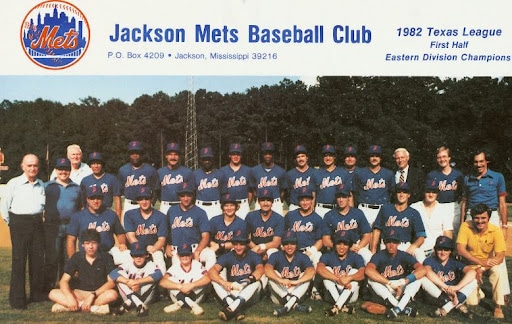 Last week, I hopped on the phone with Mississippi Sports Hall of Famer Con Maloney. If you’re not familiar with Maloney, he was the man behind Minor League Baseball in Mississippi from 1982-2005.

In 1982, the businessman and state legislator purchased the Double-A Jackson Mets from the New York Mets, and the team prospered under his ownership. During our conversation, Maloney reminisced, “We won a whole lot more than we lost.” All with some big name players, too.

Recycling the ESPN 30 for 30 tagline, what if I told you that the starting outfield for the 1982 Jackson Mets was made up of Daryl Strawberry, Billy Beane, and Terry Blocker?

The major league career of Blocker, the #4 overall pick in the 1981 MLB Draft out of Tennessee State, didn’t pan out. But man, what a hell of an athlete who made some amazing plays in the outfield on top of being able to steal a base whenever he pleased.

Strawberry and Beane, on the other hand, went on to see larger fame.

Beane, who declined the opportunity to succeed John Elway as the starting quarterback at Stanford, was another great athlete. He was drafted with the 23rd pick in 1980 by the Mets and projected to be one of the game’s biggest stars. If you’ve read the book, seen the movie, or just know baseball, you know that Beane’s major league career also didn’t go as expected, but he ended up remaking it as a sabermetric-focused general manager.

But maybe the best athlete of the three, Strawberry had a noteworthy major league career following the 1982 season, in which he put up some of the best numbers for any minor league player to ever come through Smith-Wills Stadium in Jackson—a “ridiculously hard ballpark in which to hit home runs,” according to legendary columnist Rick Cleveland. In 1982, Strawberry hit .283 with 34 home runs and 97 RBIs.

That team with Strawberry, Beane, and Blocker, surprisingly enough, ended up losing in the first round of the Texas League playoffs.

Getting a new team

Even amid the winning culture and the impressive attendance—over 100,000 annually from 1982-1987—the New York Mets decided to move their Double-A team closer to the big league squad. Come 1990, the team was heading to Binghamton, New York, and Smith-Wills was left empty.

Not for long, though.

The Houston Astros relocated their Double-A affiliate to Jackson for the 1991 season. A fan vote decided that the team would be called the Jackson Generals, in honor of the city’s namesake in General Andrew Jackson.

Unfortunately, Smith-Wills had not been updated, there were no plans for renovations, and Maloney viewed the team as “not a profitable venture” due to dwindling attendance. So, the best option was to sell the team.

Maloney sold the team following the 1999 season to his good friend, Nolan Ryan.

Ryan, one of the best pitchers in MLB history, moved the team to the Greater Austin metropolitan area, where they still play today under the name of the Round Rock Express.

Maloney knew when to make financially sound decisions, but he also knew that he loved baseball more than almost anything.

In 2002, a league that had no affiliation with the MLB called the Central Baseball League wanted to expand into Mississippi, and Maloney, along with a few others, founded the Jackson Senators.

The Senators played at Smith-Wills for four seasons, winning the league championship in 2003.

The Senators were pushed out the door when the Atlanta Braves decided to move their Double-A team from Greenville, South Carolina to a brand new stadium in Pearl, which is just five miles outside of Jackson, in 2005.

165 miles south of Pearl, the Biloxi Shuckers, the Double-A affiliate of the Milwaukee Brewers, are now in their fifth season.

While Maloney has no administrative connection to either team, he believes that “the status of Minor League Baseball today in Mississippi is good.”

I would say the same. I would also say that it’s been good for decades—in large part due to Maloney. 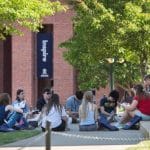 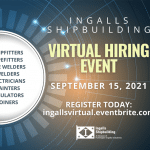