When most people think about Thanksgiving, most think about eating that big roasted turkey, the Macy’s Day Parade, eating way too much and still going back for dessert, watching football, and seeing family, but do we really know what Thanksgiving is about or the origins of this time-honored tradition?

We can all remember when we were in elementary school making the construction paper Native American headbands, having a special turkey dinner, and hearing a little bit about how Thanksgiving first began but not a lot about the origins of Thanksgiving or how the traditions came about.

Well, even if school is out for the week, I want to take you back to school to learn a little more about how this very special holiday came about and changed. Traditions for this holiday are different all over. Some are unique, including turkey and stuffing or some will have oyster roasts or smaller, more simple celebrations. But there is no question to the fact that Thanksgivings began a tradition in 1621. So, you don’t have to do much math to figure out that this year marks the 400th anniversary of this very special tradition.

The year 1621 is still considered to be the first celebration of the Plymouth colonists and Wampanoag Native Americans gathering for an autumn feast and celebration of Thanksgiving for the colonies. It was September 1620 when a small ship called the Mayflower left Plymouth, England, carrying 102 passengers that celebrated an assortment of religious separatists that were seeking a new place to call home—a place where they could practice whatever faith they believed freely without persecution.

They sought a place to begin a new life in a new world. It was a very treacherous 66 days before they finally were able to drop anchor near the tip of Cape Cod, a little farther north than their intended destination of the mouth of the Hudson River. A month later, the Mayflower crossed the Massachusetts Bay, where the “Pilgrims,” as they would come to be called, started the arduous work of establishing their village at Plymouth.

Many of the Pilgrims were victims of terrible outbreaks of disease while only about half the Mayflower passengers and crew survived that first spring in New England. In March, the settlers began to move ashore where they received a surprise greeting from an Abenaki member who greeted them in English. A few days later, he brought other Native Americans, including Squanto who was of the Pawtuxet tribe who had been kidnapped by an English sea captain and was then sold into slavery before he escaped to London and returned to his homeland on one of the exploratory expeditions at that time.

It was Squanto that explained to the Pilgrims who had been weakened by illness during their time in a new land the science of how to prevent malnutrition. He taught them how to cultivate corn, extract sap from maple trees, catch fish in the nearby rivers, and what plants to avoid because they were poisonous. Squanto even helped to form an alliance between the European colonists and some of the local tribes.

In November 1621, the Pilgrims had their first successful harvest of corn, and Governor William Bradford organized a celebration and feast, inviting the group of the fledgling colony’s Native American allies, including Wampanoag Chief Massasoit. This is typically taught as America’s “first Thanksgiving.”

That festival lasted for three days. Although the official menu of the feast is not completely known, it is believed to have been a huge feast that was prepared with traditional Native American spices and cooking methods. However, there were no desserts present as the sugar supply had already dwindled (Think about that! No pie at Thanksgiving).

Since then, days of celebration have been enjoyed in many different ways during the latter half of November. In 1863, amid the Civil War, President Abraham Lincoln officially proclaimed Thanksgiving as a national holiday.

We are honored to still celebrate this great holiday. It is a time to gather with friends and family and to share a wonderful feast and company. But most importantly, it is a time for us to show gratitude for the world around us. 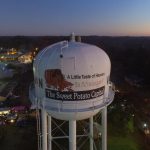 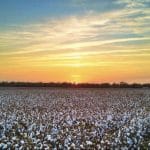