Angela Chandler, an administrative assistant for the College & Career Technical Institute (CCTI) for the Pascagoula-Gautier School District (PGSD), has been named Staff Member of the Year.

Each year, PGSD schools do a nomination for Staff Member of the Year, and she was chosen by the majority of votes on the campus. However, as surprising as this year’s win was for her, she’d previously held that title three times at Jackson Elementary.

“I can honestly say it was unexpected since I’m in my second year of being employed with CCTI,” Chandler said.

Being nominated as a Staff Member of the Year has its rewards.

“The school district hosts a district-wide reception for all Staff Members of the Year during which employees are recognized and honored with certificates, pictures, social media posts, and cake.”

To be named Staff Member of the Year for the fourth time makes Chandler feel elated.

“It’s such a prestigious award. I feel as though I’m doing something right.”

But Chandler doesn’t feel the win is hers alone.

Her favorite part about working at CCTI is it has enticed her appetite to learn new programs. She’s worked with Federal Funding, MDE, and Community Education. The most challenging part was not being able to reach out to the CTE (Career Technical Education) secretaries for assistance. Her first year was basically a trial and error run without assistance.

Chandler lives in Pascagoula and has been married to Ray Chandler for 23 years. They have two adult children, Briani Liddell, 29, and Ray Chandler, 27, and one granddaughter, Alanah, 12. When not working, she enjoys spending time with her family, watching movies, playing card games, fishing, traveling, and grilling.

“Life is short, so I try to take advantage of every moment with my family.” 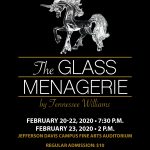 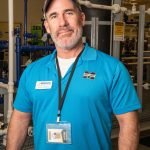