As 2022 ticks away and we inch closer to another New Year’s Eve celebration, there’s still time to make plans and those details could include a street party with a giant, lighted oyster.

If you need help figuring out what to do for the last night of the year, check out the 3rd Annual Oyster Drop in Bay St. Louis on the roof of the 200 North Beach Restaurant. What better way to ring an exciting and promising new year than with a 12-foot oyster slinking its way down a 30-foot pole to count down the final seconds of 2022?

The free-to-the-public event will feature live music with headliner Dian Diaz from the Beau Rivage counting down the oyster drop. Other acts include the Dave Mayley Band, and Andree and The Giants.

There will even be a spectacular a la carte firework show after the oyster descends and satellite bar stations will be set up so participants don’t miss any of the action.

“This year will be bigger and better,” said Drew Bienvenu, event organizer. “And more fireworks, too. It’s going to be like a giant KISS concert.”

Not until Jim MacPhaille, owner of 200 North Beach restaurant, had a silly idea.

MacPhaille thought any city can drop an ordinary light-up ball—let’s drop a half-shell oyster as a countdown for the New Year. What could possibly be more Bay St. Louis than a giant sea mollusk adorned with thousands of LED lights? He also thought, “if I build it, maybe they’ll come,” but he then assumed he and his family would probably be the only ones actually watching and the only ones to find it amusing.

“He didn’t know how wrong he’d be,” Bienvenu said. “It’s grown into one of the largest outdoor events in Bay St. Louis.”

Thousands of people turned out the first year, and even more the next. There was a year gap because of Covid restrictions, but as people resume normal, daily lives, the event promises to be bigger than ever.

So whether you’re flying solo, heading out to dinner, or hanging with friends, this free street party with an oyster flare promises a little something for anyone wanting to say goodbye to 2022 and celebrate the arrival of 2023. 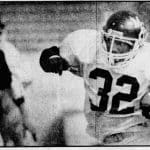 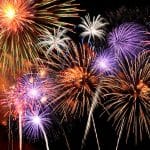