MOSS POINT— Eclectic, ferentic and complex are all words to describe the work of Artist Steve Shepard while at the same time rendering some observers speechless.

The “Inspiration and Imagination” exhibit features the work of Steve Shepard and will be on display in the Moss Point Fine Art Gallery from January 5 to March 7.  An artist reception will be held on January 14 from 11 a.m. to 1 p.m. to view the exhibit and meet the artist.

Shepard, who has called the Mississippi Gulf Coast home for most of his life, began fishing, beachcombing, sailing, and operating a small motorboat since the age of 8. His 60 years of study and exploration have helped him harmonize his images into bright, rich, pure colors while sharing his vision of deep ecology inspired by the natural history of the northern Gulf of Mexico.

With degrees from the University of South Alabama and a summer at the Santa Fe Workshops of Contemporary Art, it is fair to deduct that the artistic creations are influenced by his many experiences and travels.

“In pursuit of complexity and visual interest, I favor busy and frenetic compositions with an attention to absurdity,” Shepard writes.  “Influences on my work include the many self-taught artists as well as ethnic sources from Pre-Colombian to African and works from the Far Eastern Parts of the World.”

These fast and energetic visual pieces are rather wild and uncontrolled and are deeply influenced by the work of Walter Anderson, Post-Impressionists and Chicago Imagists. He said his style reflects an appreciation for naïve and narrative art expressed without the restraints of Western perspective.

The pieces ranging in size from 8” x 10” to 72” x 48” are available for purchase. The exhibit is open during regular operating hours at the Center. The January 14 reception is admission free. Light snacks will be served.

The National Audubon Society protects birds and the places they need, today and tomorrow, throughout the Americas using science, advocacy, education and on-the-ground conservation. Audubon's state programs, nature centers, chapters and partners have an unparalleled wingspan that reaches millions of people each year to inform, inspire and unite diverse communities in conservation action. Since 1905, Audubon's vision has been a world in which people and wildlife thrive. Audubon is a nonprofit conservation organization. Learn more how to help at www.audubon.org and follow us on Twitter and Instagram at @audubonsociety. 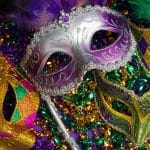 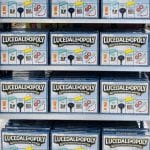