(A preview of the 1967 Pecan bowl in Pascagoula. Photo courtesy of The Clarion-Ledger)

(Editors note: This is the third of a five-part series on former prep football traditions in the “Southern Six”)

Before the advent of a state-wide playoff system in the state of Mississippi in 1981, the structure of postseason football was quite different than it is currently.
And that was, in most part, because of the many postseason bowl games that dotted the landscape all across the Magnolia State.
The old Big 8 Conference, widely considered as the premier league prior to the playoffs, did have its own playoff procedure in which the two “zones”, or divisions, representing the south part of the state faced off in an elimination game as did the two “zones” that made up the north part of the state. So, annually on the first Friday after the regular season ended sometime in November, the Coastal Zone champ met the Central Zone winner, and the Capital Zone champ met the Delta Zone winner and then the winners of both of those games played the following week for the overall Big 8 Championship.
At times, either one of the semifinal games would be picked up by one of the many existing bowl games and contested on that stage. But for the most part, these stand-alone bowl games were contested between teams that either didn’t qualify for the Big 8 Playoffs or by teams from one of the many other football conferences scattered across the state. Some of those included the Gulf Coast Conference, the Singing River Conference, the Pascagoula River Conference, and the Desoto Conference in South Mississippi as well as Apache, Choctaw, Cherokee and Chickasaw conferences in addition to the Little Ten, Pine Belt, Tombigbee, and Little Dixie among many others.
“Bowl games were important for many years, but once the playoffs started most teams would rather go to the playoffs and play for a state championship than play in a bowl game,” longtime Mississippi High School Activities Director Ennis Proctor said in an interview in the early 1990s.

Prep bowl games began to decline and become extinct in many cases not only when the state playoff system began but especially when the number of teams qualifying for playoff spots was increased twice over a ten-year span.

But South Mississippi was at one time the hotbed for prep football postseason bowl games. For example, in 1978, just three years before the state-wide playoff system was implemented, seven bowl games were contested in the “Southern Six” alone.
In addition to the Shrimp Bowl (Ocean Springs vs. D’iberville) in Biloxi and Turkey Bowl (Moss Point vs. Brother Martin) in Ocean Springs that we’ve previously discussed in prior stories that produced stellar match-ups that year, there was the Pickle Bowl in Perkinston (Pass Christian vs. Waynesboro High), the Tung/Holcomb Bowl in Picayune (Picayune vs. Columbia), the Tri-County Shrine Bowl in Lucedale (George County vs. Notre Dame), the Wendell Ladner Bowl in the Kiln (Hancock North Central vs. Rosedale) and the Jaycees Bowl in Long Beach (Pascagoula vs. Chalmette, La.).
There were quite a few different versions of these postseason affairs over the years. In Picayune, the Tung Bowl started in the late 1950s and even featured Picayune vs. Bogalusa, la. in 1960 and later Pascagoula played Jesuit High of New Orleans in another Tung Bowl. The Tung Bowl gave way to the short-lived Holcomb Bowl in Picayune.
Pascagoula was the home of a bowl game as well at one time. The Pecan Bowl started in Pascagoula in 1946 when Biloxi beat Greenville 42-6. It was discontinued just a few years later, however, and was dormant for two decades until being resurrected in the late 1960s when three more Pecan Bowls took place.

In 1967, Pascagoula faced Vicksburg and in 1968 George County stunned home-standing Pascagoula 8-0. The final Pecan Bowl in 1969 featured OLV and Notre Dame.
The Camelia Bowl was first contested in Lucedale in 1959, when Agricola High beat Richton 32-12. The game took place for around the next six or seven years, before going dark and then being reincarnated as the Tri-County Shrine Bowl in the mid-1970s.
The Dairy Bowl began in Perkinston in 1950, when Perkinston High beat Lucedale High 48-7. It lasted for most of the next 15 years, before being renamed as the Pickle Bowl in the mid-1960s and continuing until 1980. In 1968 East Central beat Notre Dame 34-31 in the Pickle Bowl and nine years later Vancleave nipped Hancock 8-7 in 1977.
There were at least six different bowl games named the “Jaycees Bowl” throughout Mississippi at one time or another, including two on the coast in Long Beach and Bay St. Louis.
Covington, La., beat Long Beach 20-14 in one of the first Jaycee Bowl games in Long Beach in 1966, and the Pascagoula-Chalmetter game in 1980 was the final one played as the Panther edged past the Owls 21-18.
The Jaycees Bowl in the Bay involved Bay High, Chalmette, Vancleave and Covington in its short-lived existence.
The Wendell Ladner Bowl took place for about a decade in the Kiln, beginning in the mid-1970s.
There were also a few “one-off” bowl games that popped up across the “Southern Six” over the years, like The Singing River Bowl in Pascagoula in 1979 pitted Moss Point vs. Salem High of Slidell, La., the Magnolia Bowl in 1971 took place in Ocean Springs along with the annual turkey bowl and the Oyster Bowl was played in St. Martin in 1970.
Teams from South Mississippi also played in other bowl games across the state as well as in other states over the years. The oil Bowl in Citronelle, Ala., was always very interested in “Southen Six” squads, as George County played in that contest in at least twice and East Central, Pass Christian and Harrison central also appeared in that bowl as well.
The Mississippi Bowl in Clinton was around for about 20 years, starting in 1961. George County beat Raymond 14-12 in 1980.
After the Shrimp Bowl which was considered the “Granddaddy” of all bowl games in the state, the Red Carpet Bowl in Vicksburg was probably the second most important bowl game in Mississippi over the years.
Jackson Murrah beat Moss Point 26-18 in that annual affair that started in 1961 and thrived for almost 30 years.
In a few cases, a team from the coast was fortunate enough to play in two bowl games in the same season. In 1975, Pass Christian played not only in the Oil Bowl vs. George County but in the Pickle Bowl vs. Stone County as well.
Notre Dame High School, which was located in Biloxi before it became Mercy Cross (and now St. Patrick), pulled off the doubleheader in 1966 beating home-standing Ocean Springs in the Turkey Bowl 13-6 and then falling to home-standing Stone County 29-22 in the Pickle Bowl.
The Rebels of NDHS were back at it three seasons later, beating D’Iberville 26-16 in the Turkey Bowl while also facing OLV in the Pecan Bowl.
And Biloxi High, in 1966, faced South Lafourche, La., in the Shrimp Bowl and then traveled to Jacksonville, Fla., the next week to compete in the Meninak Bowl. 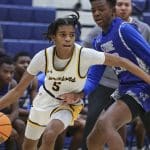 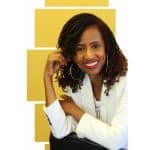