Parades, costumes, beads, and more mark Mardi Gras in the Magnolia State, and nothing goes better with a slice of King Cake than a refreshing sip of Barq’s Root Beer.

This is why the owners of Barq’s, the Coca-Cola Company, have commissioned artist Becky Fos to create an original piece to celebrate the 2023 Mardi Gras season and the crisp beverage born in Biloxi. This is the second consecutive year the multinational beverage corporation has enlisted the New Orleans artist.

“I’m beyond humbled and excited that Barq’s and Coca-Cola have commissioned me for a second time to be the official artist for this year’s Mardi Gras campaign,” Fos said. “I still can’t believe that I’m a part of this.”

Neco’s Family Market at 12342 Cable Bridge Road in Pass Christian will host a meet and greet with Fos from 4-5 p.m. on Friday, Feb. 3. Participants will meet Fos and get a complimentary signed Barq’s Mardi Gras print.

“Whenever I paint I lose myself in the process,” she said. “I want to be an ambassador of color to make the world a brighter, happier place. When people see my art I hope they experience joy and enter a technicolor world filled with all things happy.”

And numerous artworks are not the only place Barq’s has popped up in recent years. It is rooted in the colorful history and bold culture of the Gulf Coast, especially in Biloxi. The MGM Park, home to the Biloxi Shuckers Minor League Baseball team, recently added a Barq’s Creamery directly behind home plate that serves a Barq’s Root Beer Float in a Shuckers mason jar.

Widely considered a southern staple, Barq’s crisp, refreshing bite is a favorite at sporting events, parades, and celebrations for all seasons, especially Mardi Gras, and it has been since it was first bottled in the late-1800s at the Biloxi Artesian Bottling Works on Keller Avenue in Biloxi.

Although it’s been owned by Coca-Cola since the mid-1990s, Barq’s was originally the mastermind of chemist Edward C. Barq in 1898. He spent his early years on Louisiana sugar plantations during winters and summers in Biloxi, bottling artesian water and concocting different flavors of carbonated soft drinks.

In the 1930s, the Artesian began bottling Barq’s in twelve-ounce bottles rather than the standard six- and eight-ounce bottles. Soon after, franchises began to spread across the southeast, first to Mobile and then to New Orleans. By 1937, there were 62 bottling plants in 22 states.

In 1976, businessman John Koerner and attorney John Oudt purchased the company from the Barq family and moved its headquarters to New Orleans.

Coca-Cola purchased Barq’s in 1995, and the slogans remain the same today and include “Barq’s Has Bite,” “Famous Ole Tyme Root Beer since 1898,” and “It’s Good.”

Now crack open a Barq’s with your next slice of King Cake and enjoy Mardi Gras the way it was meant to be celebrated. 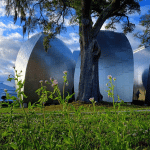 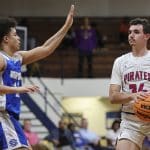