Foodies from near and far all agree:  Bigger things are yet to come for an up-and-coming barbeque competition in downtown Pascagoula.

The second annual Downtown BBQ Throwdown, hosted by the Pascagoula Men’s Club, recently took over Delmas Avenue on a beautiful Saturday afternoon much to the delight of barbeque masters and hungry fans.
Rocky Bond with the Men’s Club said the event has already seen significant growth, with 14 teams competing this year, compared to just 9 teams in 2019. The competition is one of the club’s major fundraisers, with the money funding various community service projects throughout the year.
“Anybody that’s in need, they call us, and we do it,” Bond said.

Dustey Walley, a Jackson County native and part of championship barbeque team Hometown Barbeque, was able to make it home for this year’s Throwdown to give some time and some good food to a worthy cause.
“It brings everybody to a central spot in town, to see a nice spot like this in downtown,” Walley said. “All the businesses can benefit from it. You’ve got folks that are not from this area probably coming here for the first time to see downtown Pascagoula.”

But the event isn’t just good news for Pascagoula—it’s potentially a big win for the competitive barbeque business as well, said Marcio Borguezan, another member of Hometown Barbeque who joined Walley at the Throwdown.

Hometown Barbeque know a thing or two about making it big in the competitive barbeque world. The team won the top spot in the whole hog category at the prestigious Memphis in May competition in 2019.
Serious players in the barbeque community start out at smaller competitions just like the one in Pascagoula where hidden talent has a chance to shine, Borguezan said.

“They don’t know they are a pro in their own backyard until they get out here and compete with some tough boys and can beat them,” Borguezan said. Kevin Miller, Jackson County Tax Collector, isn’t a member of the Men’s Club, but he still joined the crowd at the Throwdown as an avid fan of their work in the community.
“I try to support all the events they do have, because these guys basically give 100 percent of what they raise back into the community,” Miller said. For locals like Kristen Pugh, it’s simply one of the best events in Pascagoula. “It draws such a good crowd and puts such a good name on our town,” Pugh said. 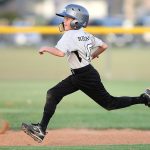 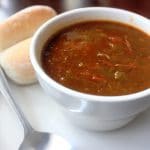