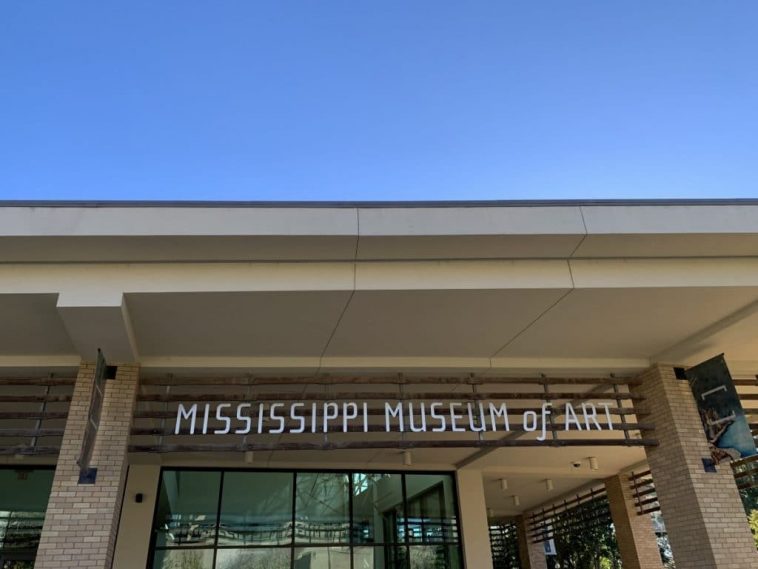 The Mississippi Museum of Art (MMA) presents Betye Saar: Call and Response, the first exhibition examining the relationship between Saar’s found objects, sketches, and finished works, thereby shedding new light on her distinctive practice. One of the most significant artists working in assemblage and collage today, Los-Angeles based Betye Saar (b. 1926) is best known for incisive works that confront and reclaim racist imagery. Addressing spirituality, gender, family history, and race in her art, Saar ruminates and plays with objects and ideas, making sketches inspired by specific found objects in her possession. These sketches form an essential part of what she considers the mysterious transformation of object into art and provide a window into her creative process.

On view at MMA from April 10 through July 11, 2021, the exhibition features a selection of sketches and approximately 18 corresponding assemblages and collages, alongside approximately a dozen of her travel sketchbooks. Selections cover a broad span of her career, from the 1970s through a sculptural installation made specifically for this touring exhibition. The exhibition marks the first time Saar has shared her sketchbooks with the public.

The daughter of a seamstress and herself a printmaker by training, Saar brings to her work a remarkable sensitivity to materials. Emerging in the 1960s as part of a wave of artists, many of them African American, who embraced the medium of assemblage, Saar combines items typically found at flea markets and secondhand stores to create conceptually and physically elaborate works.

Her process is both intuitive and formally rigorous, and the sketchbooks show how she puts the pieces together on paper, trying out titles, or calling on a memory to guide her. An avid traveler, Saar has kept elaborate travel sketchbooks as well, containing watercolors and collages, many with motifs and symbols that recur throughout her work, including religious icons she discovered in Mexico and Brazil.

MMA’s Chief Curator and Artistic Director of the Museum’s Center for Art and Public Exchange, Ryan N. Dennis (she/her) said, “A hallmark of Betye Saar’s practice is storytelling and revealing new, sometimes neglected, narratives through an artist’s lens. She imbues her dynamic compositions with emotional depth and historical commentary. Her personal life, ancestry, artistic explorations, and interest in spirituality are among the inspirations behind her reinterpretation of objects and their meanings. We are thrilled to present her exquisite sketches alongside her finished works, giving visitors the opportunity to encounter the dialogue between them and witness the transformation—from ideas, memories, and fragments into cohesive wholes.”

Throughout her work, Saar speaks to issues of race and women’s labor. In A Call to Arms (1997), a washboard evokes both female and slave labor, though it is framed by guns, customarily associated with men. Lettered on the corrugated surface are words from Langston Hughes’s poem “The Negro,” originally published in 1922. Saar began collecting washboards in the mid-1990s, inspired by recollections of one her grandmother used on her back porch.

By recycling derogatory images of how Black people were traditionally depicted, she remakes the narrative. In the installation I’ll Bend But I Will Not Break (1998), the image on an ironing board—itself a traditional symbol of female labor—is borrowed from the Brookes diagram, a well-known 18th-century print showing how scores of Africans were packed into slave ships to cross the Atlantic. Saar enlarged and then transferred the diagram to the top of the ironing board, subsequently superimposing on it an image of a Black woman ironing, dressed in stereotypical Mammy attire. A flatiron is chained to the ironing board and a sheet embroidered with KKK hangs on a clothesline. The connection between the Middle Passage and the ongoing impact of slavery is made concrete. The work also refers to the branding of enslaved people and being chained in transit or as punishment.

Saar’s critique of Black caricatures extends to male figures and the current crisis of mass incarceration. In The Edge of Ethics and Serving Time (both 2010), she places Black male and female figures inside birdcages to symbolize captivity, thereby conveying the plight of those who suffered through slavery and continue to suffer through systemic discrimination.

Saar’s engagement with music and literature is evident throughout the presentation. The final work in the exhibition, Woke Up This Morning, the Blues was in My Bed (2019), is a new sculpture accompanied by sketches dating back to2001. Cobalt blue bottles rest on a metal cot over coal. The composition evokes the traditional bottle tree used by the Kongo civilization in Africa to ward off evil spirts. The burning coal is representative of pain’s ability to purify and cleanse. A sketch for this work connects the sculpture to an old blues song with the words, “woke up this mornin’, the blues was on my mind.”

Organized by the Los Angeles County Museum of Art (LACMA), the presentation of Betye Saar: Call and Response in Jackson, Mississippi is supported by Art Bridges.

For more information about the exhibition and public programs, visit msmuseumart.org. 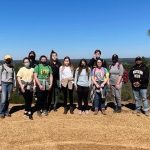 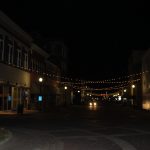