Almost every year, the week between Christmas and New Year’s Day is filled with quite a bit of prep basketball action in South Mississippi mostly in the form of holiday tournaments.
And this year is no different in the “Southern Six”.
As many as four different events for both boys and girls take place this week along the coast, including two big tourneys in Gulfport and Biloxi. Other tourneys are happening in Bay St. Louis and Carriere.

In Gulfport, the annual Gulfport Hardwood Club boys holiday event runs Wednesday through Friday, and it is the only three-day event in our area. The 2022 tourney is presented by Cadence Insurance and involves eight boys teams including six from the “Southern Six”.
Known across the South as the annual “Gulfport Hardwood Club Holiday Classic”, the annual event has been well respected throughout the Gulf South region for many years and has included not only teams from across the state of Mississippi but neighboring Louisiana and Alabama as well in addition to Kentucky, Tennessee and Florida also among others.
This year’s field includes three of the top baker’s dozen ranked teams in the Magnolia State, in the host Admirals, the Pascagoula Panthers and the Meridian Wildcats.
Action tips off Wednesday afternoon at 3 p.m., at Bert Jenkins Gymnasium, as Picayune faces off with Harrison Central. At 4:30, Harrison Central faces Metamora High of Metamora, Ill. The Redbirds, now guided by former Gulfport head coach Danny Grieves, are ranked in the Top 15 in Class 3A in the state of Illinois and won this event in 2015.
The host Admirals, which stand 14-2 on the season and are ranked third overall in the state by “Mississippi Hoop Report”, then take on the Moss Point Tigers and one of the top recruits in the state in 6-foot-7 Kedrick Osby at 6 p.m., followed by Pascagoula vs. Meridian to close out day one at 7:30.

The Panthers, at 12-1 overall, are ranked fourth in the state by the same poll and the 9-3 Wildcats are ranked 13th and coached by former Panthers head coach Ron Norman.
The Gulfport Christmas event has always been a traditional “tournament”, wherein winners play winners and losers face losers until a true undefeated champion is crowned on Friday night along with a consolation bracket winner as well. Games will take place at the same times on Thursday and Friday, beginning at 3, then 4:30, 6 and 7:30.

Meanwhile, on Wednesday and Thursday, a huge all-girls event takes place in Biloxi as the annual Lady Indians Christmas Classic unfolds on the Biloxi High campus with twenty teams from across three states taking part.

Fourteen squads from Mississippi, half of those representing the “Southern Six”, as well as five teams from Alabama and one from Florida will all converge on Biloxi over the two days. Ten games will be played on Wednesday at the BHS gym and five games each on Thursday at both the BHS gym and the Biloxi Junior High gym.

On Wednesday, play tips off at 10 a.m., with Picayune facing Davidson (Mobile, Ala.), and then Moss Point taking on Blount (Mobile) at 11:15 and the final morning game sees D’Iberville take on Vigor (Mobile) at 11:30.
The afternoon session begins with Pontotoc meeting Wayne County at 12:45, followed by Hancock and Madison Central at 1:45 and then Brandon faces Theodore (Ala.) at 3.
North Pike meets Leflore (Mobile) at 4:15, and then Pascagoula takes on Clinton at 5:30 p.m.
The night ends with Lafayette County facing Ocean Springs at 6:45 and the host Lady Indians take on Washington High of Pensacola, Fla at 8 p.m.

On day two, the action begins at 11 a.m., in each gym. At BHS, D’Iberville meets Davidson at 11, followed by Hancock and Clinton at 12:15 and Theodore at Pontotoc at 1:30. Play concludes at the high school gym with Washington playing Brandon at 2:45 and then Biloxi facing Leflore at 4.
At the BJHS gym, which is located adjacent to the high school gym, Picayune and Moss Point get things rolling at 11 a.m., followed by Pascagoula and North Pike at 12:15 then Madison Central and Blount at 1;30. Play wraps up at the BJHS gym with Wayne County playing Lafayette County at 2:45 and then Ocean Springs meeting Vigor at 4. 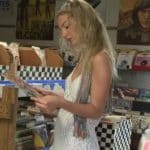 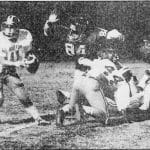