Bobcats are seldom seen and yet are common throughout the U.S. They are largely nocturnal in nature, so spotting one always prompts excitement. Sadly, reactions do include fear for these “wild” cats, but there is little to fear from these creatures, certainly not for humans. Seeing one during a recent birding trip in Jackson County was just such an exciting occasion, especially documenting one with a meal in its mouth.

Lucy Costilow Jacobson spotted and photographed what was likely the same animal on two recent trips to a favorite birding site, that provides a variety of quality habitats that support these creatures. In one of Lucy’s photos, the bobcat poses with an American Coot, its prize from a successful hunt in a nearby freshwater lagoon. 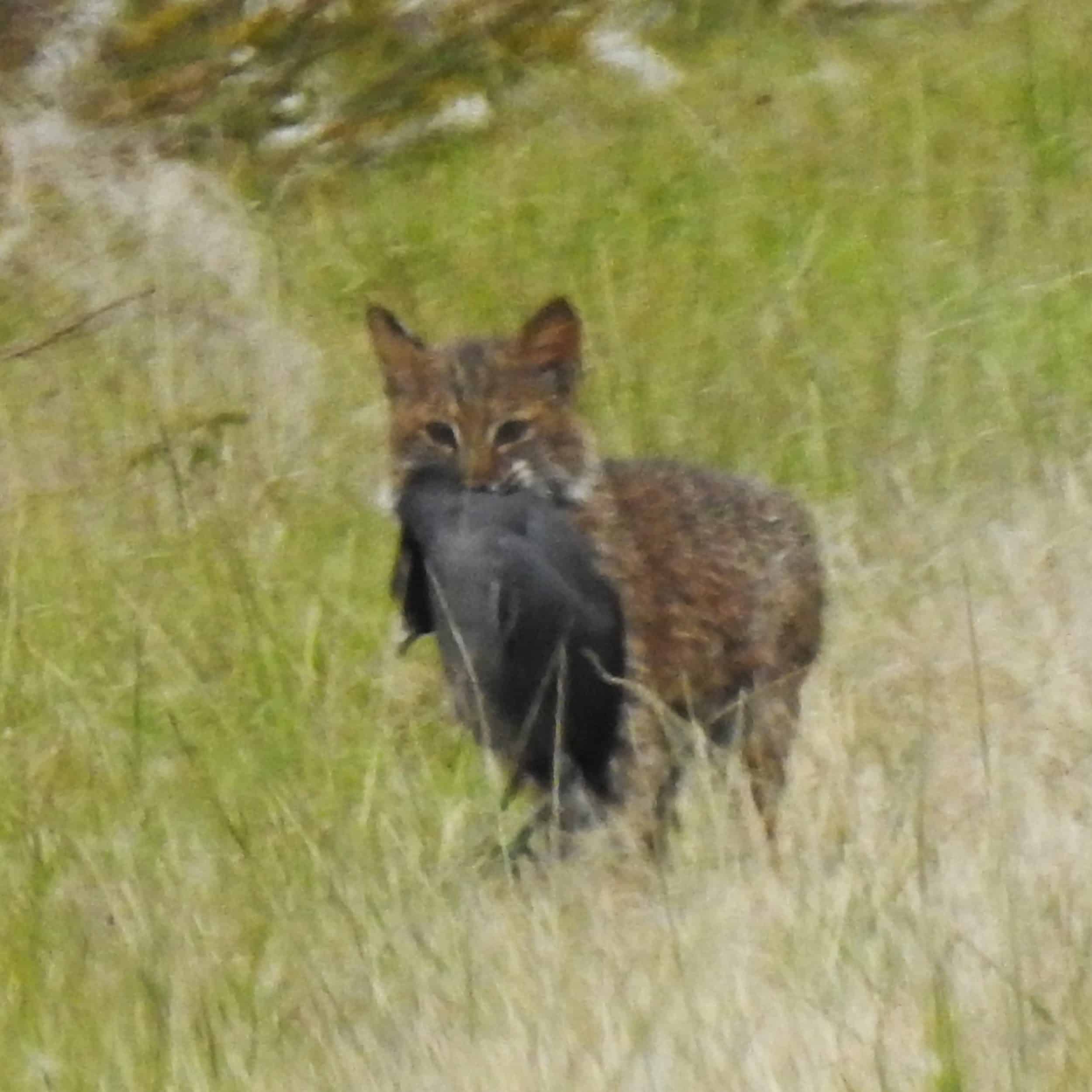 So, what do we know about these ghosts of our forests, fields and wetlands? For one thing, these animals are far more common than we think. They are adept at not being seen, even during the daytime. They are important natural predators of a variety of small mammals, reptiles, birds, fish and insects. At times, they can take larger prey like deer.

My friend Fred Hight from Leakesville recently excitedly shared his sighting of a bobcat that had captured a fawn, only to release it when Fred approached. Fred was “Bambi’s” guardian angel that day. Unless you recognize their tracks or hear their haunting cries, they are indeed ghosts. They are also strong swimmers and at home in both upland and wetland habitats.

As a big fan of brush piles, both natural and created, I am happy to report that one of their most common dens are brush piles (a brief pause here for a bit of gloating). They live solitary lives, apart from mating and mothers raising young. Their territories range upwards of 3 square miles. Mortality is high in young bobcats, as with other species, but adults face few real threats outside of hunters. Populations across their range do support hunting seasons, but apparently only for the thrill of the hunt and a trophy.

I have never seen a live bobcat in the wild but do think about them at times when I am in the outdoors. The one bobcat I did encounter was a dead one on a roadside and it was an impressive creature. What I assumed was a mature adult, the animal was about twice the size of a house cat, so they would be hard to miss if one crossed my path. I am admittedly jealous of my friends that have encountered bobcats, but I suspect my time will come. As for Fred and Lucy’s encounters, they do help document some of what we already know about bobcat’s diet and behavior.

And while I suspect I may illicit a few frowns from domestic cat owners, I will say it here – I have no issues with bobcats eating birds, shrews, or lizards – because they are a part of the natural food chain across their range. Bobcats do it to survive. Well-cared for house cats do it instinctively, but rarely eat (or need to eat) their catch. Feral cats are another situation all together and, in places, can be more numerous than bobcats – with a much larger impact on the same set of prey.

To leave this story on a positive note, I hope that I will get to see a live bobcat someday. I hope the same for you. I for one will be thankful that it will have stopped long enough for me to see it. 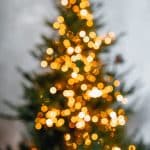 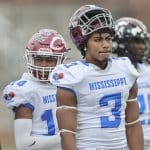