And unfortunately, the Greyhounds found themselves in much the same type of surroundings when the game was over as well. And that’s not in a state championship game.

A 29-yard field goal by Brandon’s Will Elliott on the final play of the game gave the Bulldogs a breathtaking 34-31 win over previously unbeaten Ocean Springs in the Class 6A South State championship game at Hugh Pepper Field. The Bulldogs, now 13-1, will move on to the state championship for the second consecutive season, while OSHS ends its season at 13-1.

Ocean Springs has still only ever appeared in one state football championship game in school history.

Brandon jumped out to a quick 7-0 lead, marking the first time all season that OSHS trailed in a football game. After recovering a Bray Hubbard fumble, Landon Varnes hit Lester Miller on a 45-yard touchdown pass to put the Bulldogs up 7-0 less than five minutes into the game.

Ocean Springs answered quickly, as Will Gray scored on a 6-yard touchdown run.

Gray then gave OSHS the lead with a 3-yard touchdown run, putting the Greyhounds up 14-7

The Greyhounds stopped Brandon just short on a fake punt at mid-field, and then Hubbard hit Gray with a 43-yard reception to the Bulldog four. Hubbard then scored on a 3-yard touchdown run, and suddenly it was 21-7 Ocean Springs with 9:19 left in the first half.

Brandon countered as Varnes hit Miller on an 81-yard touchdown pass,  and the Greyhounds were up 21-14.

The Bulldogs then recovered an onside kick, and Nate Blount tied the game up with a 6-yard touchdown run.

Brandon recovered another on-sides kickoff to open the second half, and Nate Blount recorded a 1-yard touchdown run for the Bulldogs to tie the game at 28-28.

The Greyhound defense came up with another big stop on a fourth-and-four situation at the Brandon 42 with 10:35 to play in the contest.

That resulted in Bart Edmiston nailing a 20-yard field goal for Ocean Springs to knot the game again this time at 31-31 with 4:45 left.

Hubbard then picked off a Bulldog pass deep in OSHS territory with just under four minutes to play. But the Greyhounds then gave the ball back to the Bulldogs on a crucial fumble just minutes later, setting the stage for Elliot’s climactic game-winning kick.

Brandon will face Starkville next weekend for the Class 6A state championship after the Yellow Jackets upset previously unbeaten Tupelo 42-31 Friday night.

Picayune is returning to the Class 5A state championship game for the third time in four seasons.

And for the third time as well in that span, the Maroon Tide will face the West Point Green Wave in the title tilt.

Standout senior tailback Dante Dowdell, an Oregon commit, ran for 257 yards and five touchdowns in the win and he now has 28 scoring scampers on the season.

Dowdell covered 6-yards and 1-yard for his touchdown runs in the first half, and Darnell Smith added a 36-yard scoring scamper as Picayune took a 21-14 advantage into halftime.

Picayune picked off Gautier quarterback Kaden Irving three times in the first three quarters of the game and four times overall. The Maroon Tide opened the second half with a long and time-consuming scoring march, covering almost 80 yards and taking almost eight minutes off the game clock. Dowdell’s 7-yard touchdown jaunt ended the drive and doubled the lead at that point to 28-14.

After a Maroon Tide interception, Dowdell raced 76 yards for a score on the first play of the fourth frame and extended the lead to 35-14.

Minutes later, Chris Davis sprinted 29 yards for a score and then Dowdell added a 28-yard touchdown run to make it 49-14 with just over three minutes to play.

Gautier scored on a pair of Irving touchdown tosses in the first half, as he hit A.J. Phillips on a 76-yard scoring strike and the Dillion Alfred from 46 yards out.

In Class 4A, Mendenhall ended Stone’s dream season with a 26-14 decision in the Class 4A South State championship game in Wiggins. 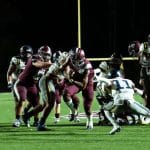 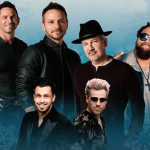