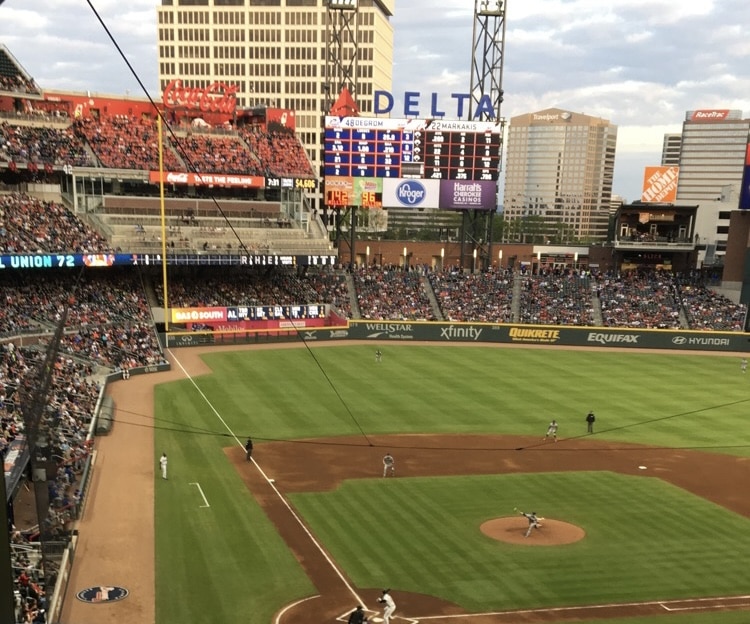 So, on November 2, the Atlanta Braves beat the Houston Astros 7-0, closing out the 2021 World Series four games to two. This was the Braves’ first World Championship since 1995, and only the second since the franchise moved to Atlanta.

Like many locals, I was really excited with ATL winning it all. The Braves are pretty much the de facto Major League Baseball team for the South, and I have other historical ties as well, so the accomplishment was certainly a cause for celebration.

Many of you know from my columns and otherwise that I’m a big Boston Red Sox fan. But, hey, nothing wrong with having two favorite teams, right, especially since the Sox are in the American League and the Braves are in the National League.

When the Braves moved to Atlanta from Milwaukee in 1966, I was wrapping up high school and heading off to college, so I really didn’t pay that much attention. I had followed the Houston Colt 45s/Astros after they landed in Texas in 1962 as, actually, the South’s first MLB team. You could listen to their games on WWL out of New Orleans, and my dad took me to a couple of games in Houston. Again, around 1966, I was more worried about what my girlfriend Cindy wanted to do on Saturday night, what dorm at Ole Miss Larry Smith and I would be in, and who was going to be quarterback for the Rebels that year.

Of course, as a sports guy, I was still keeping up with MLB somewhat in those days. The Red Sox played in the World Series in 1967, the Braves won their division in 1969, and those were nice.

Then, the 1970s came. I was back in Pascagoula working, and I started to travel up to Atlanta for the occasional Braves game. A real turning point occurred in 1973 when Atlanta owner Ted Turner started putting every Braves game on WTBS, the “superstation” he had created. All of a sudden, we could watch MLB anytime we wanted—the Braves—and it was cool and addictive. This is hard to believe for our younger readers, but until then, the only baseball games you could watch came on Saturday, the Game of the Week. Literally, one game a week.

Now, we could watch all this action, and, obviously, get familiar with the Braves players and nuances. Again, the fact that they kind of represented the South made it even cooler.

Gotta say, though, the Braves weren’t very good in those early years. There was a nice little run at the beginning of the 80s, with division titles in 1982 and 1983 led by star center fielder Dale Murphy (still don’t understand why he’s not in the Hall of fame). Soon, however, the Braves went back in the tank.

That’s part of the point, though. I wasn’t just about team excellence (thank goodness), it was the fact that we, by damn, had a team we could follow closely and watch almost daily in-season if so desired. Plus, the announcers were really good, fun to listen to. Among those were Ernie Johnson Sr., Milo Hamilton, Pete Van Wieren, and the great Skip Caray.

My sons have talked to me over the years about how an indelible memory for them as little kids was us coming home from church on Sunday in the summer, me turning on the Braves game, and them hearing Skip’s voice. Son of the legendary announcer Harry Caray, Skip was knowledgeable, relatable, and had a dry wit. He had all those familiar lines that you expected—“there’s a drive!”; “OK, folks, it’s cocktail hour”; “that foul ball was caught by a fan from Alpharetta.” Cool stuff.

Then, 1991 happened. Manager Bobby Cox and general manager John Schuerholz had gradually built the Braves roster to a competitive position. That year, Atlanta pulled off a “worst to first” season, going from last place in 1990 to winning the National League pennant and going to the World Series.

This started an incredible run of excellence for the Braves, as they went on to win a record 14 straight divisional titles in a row, go to the World Series five times, and win the World Championship in 1995. Led by the phenomenal pitching combo of Greg Maddux, Tom Glavine, and John Smoltz, plus the incomparable Chipper Jones at third base, these guys were good.

That previous championship actually culminated on October 28, 1995, when the Braves clinched the World Series over the Cleveland Indians. That day was my son Wesley’s twelfth birthday, and we celebrated the occasion in the Grove at Ole Miss before watching the Rebels dispatch Vanderbilt in that year’s homecoming game. That evening, Wes, Cooper, Mary Jon and I sat in our room at the Holiday Inn in Oxford to enjoy viewing the Braves finally “do it.” Let’s just say that it was a fun day for the Lucas family.

In the years since that 90s run, the Braves have had their ups and downs. I don’t watch them all the time like in the early TBS days, but I do keep up with them and cheer them on.

This year’s Atlanta team was particularly likable. Face of the franchise Freddie Freeman (good alliteration there) is as popular as he is skilled. Manager Brian Snitker is a lifer in the Braves organization, having been with the club in some capacity since 1977. Love to see those old guys (he’s 66) excelling. The mid-season acquisitions of Adam Duvall, Eddie Rosario, Jorge Soler, and Joc Peterson have to be some of the best front office moves ever. This bunch of Bravos seemed to really like each other and play with true joy. Thanks to friend Dick Ingwersen, ex-patriate Pascagoulan and longtime Atlantan, I was able to go up and see these champs in person back in August.

So, hey, good for the Braves and good for us in the local area who follow them. From the early days of Hank Aaron and Phil Niekro, through the lean years of Buzz Capra and Bruce (Eggs) Benedict, through the glorious 90s, to the present day 2021 World Champions, the Atlanta Braves have served us well. Whether it was at Atlanta-Fulton County Stadium, Turner Field, or now Truist Park, following the Braves has been a good ride. Hey, let’s do the Chop and smile. 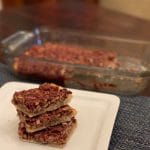 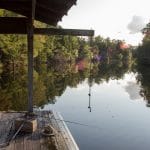