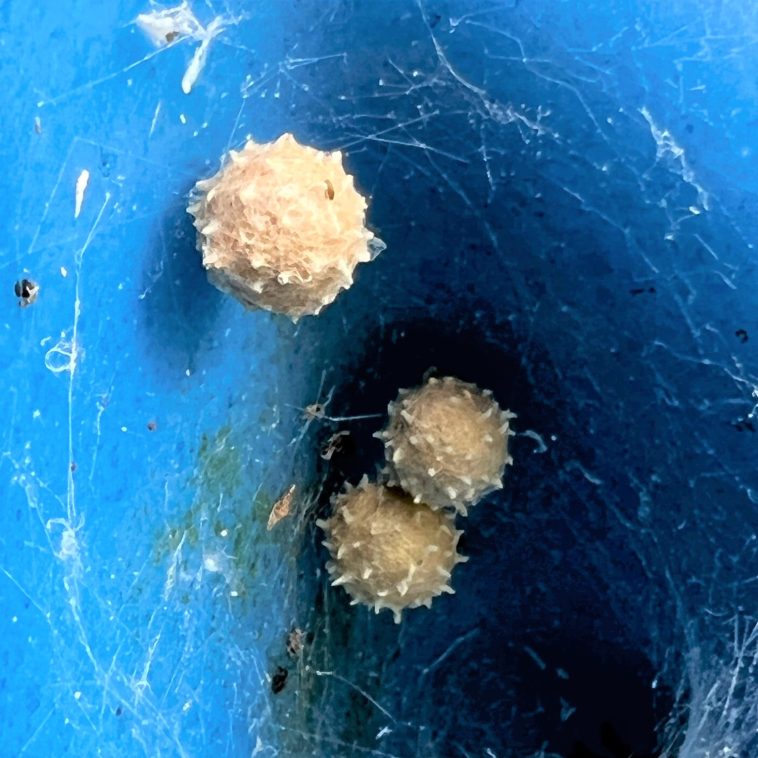 Spiders are masters at the art of using silk. Beyond their webs, their egg sacs can be distinctive, if not pretty, like the spiky cases of Brown Widow Spiders. Yes, I said pretty – get over it! Not sure if those spikes have a specific purpose, but they do let you know that their maker is nearby.

As for their maker, Brown Widows have become more common across the southeastern U.S. over the past 20 plus years, having made their way from their more southerly native range of South America. As with their Black Widow relatives, they tend to be found in tucked away spaces, like under the leaves of plants and crevasses of logs in their native habitats.

Similar secluded spaces in our habitat, like unused pots, overturned buckets, and bumpers of our cars and trailers work for them just as well. The latter spaces are likely how this species was transported across the south, as hitchhikers when people traveled or moved from place to place. Yes, humans are responsible for the majority of invasions of non-native species.

These same places are where their spiky egg cases are most encountered, if not the spiders themselves. These spiders are the same overall shape as our common native Black Widow spider but can be a bit larger. Their bulbous abdomen is mottled gray/tan/brown, with an orange hourglass spot underneath. Their legs can be distinctly banded. As with their close relative, their bite can be a serious issue for humans, so respect for them is warranted. And yet, both species are loathed to bite us unless threatened or handled. 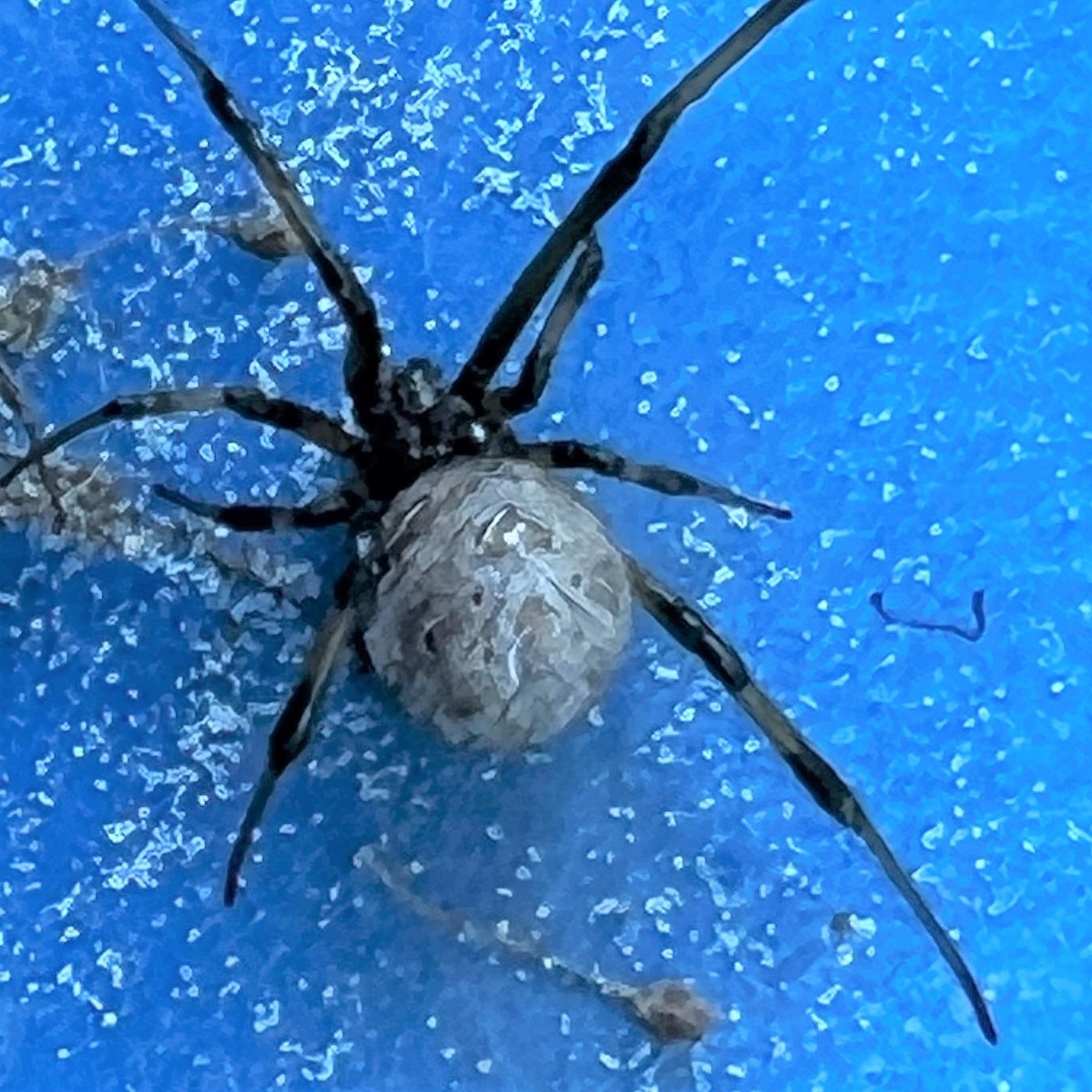 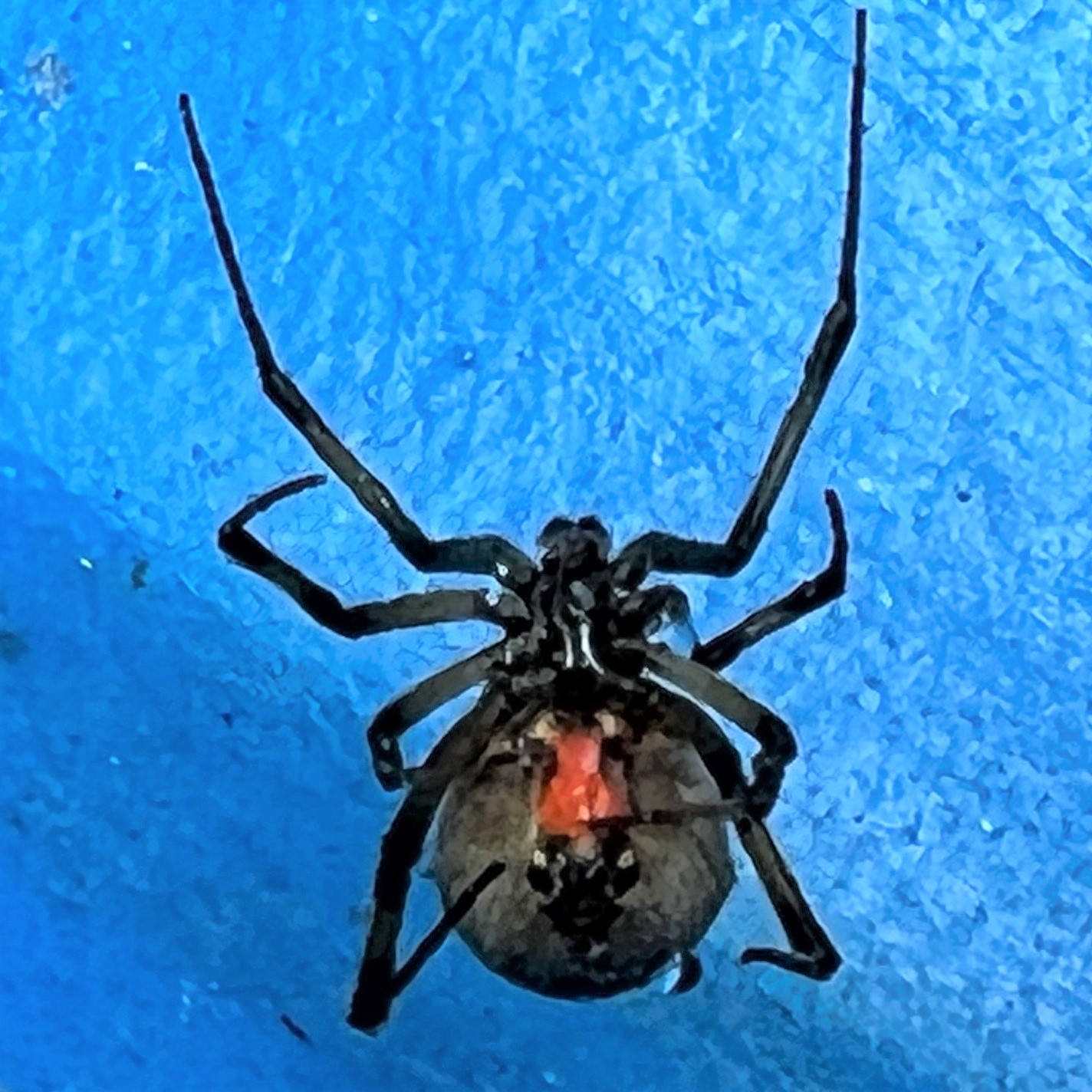 As with all spiders, they are important elements of local food chains and should be left to themselves. All spiders can bite, but they are typically not aggressive unless provoked. Of course, removing them from the spaces that children frequent is a good idea, including the cool-looking spiky egg cases, that can have upwards of a hundred or more future spiders.

So, the webs of spiders are not the only cool-looking or distinctive structures that spiders build. Egg sacs can be relatively unique for some species and certainly similar in shape for closely related species. However, I am unaware of any spider that constructs such a distinctive case.

In any case (pun intended), you have to admire the engineering marvels that spiders create, including their eggs sacs, where their offspring are protected. Some are cooler than others, but they are there to discover, if you take the time to look. 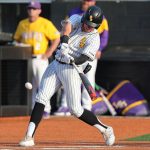 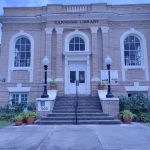