After a pretty normal day spent out in the sun, local small business owner Shannon van Duijvendijk climbed into bed to rest and immediately knew something was wrong.

A call to 911 and a five-day stint in the ICU later, van Duijvendijk has recovered from her stroke and is managing her high blood pressure. She is also working to spread awareness for health risks like this with the help of the Jackson County Chamber of Commerce.

Paige Roberts, president and CEO of Jackson County Chamber, said the chamber is now partnering with Singing River Health System to provide free health screenings to all chamber members or $10 screenings for those who are not members.

“In a discussion about our concerns, we discovered Mississippi Power and Company, Chevron and Ingalls are very commonly providing free health screenings for their employees,” Roberts said. “They had quite a few stories of how they were able to help someone have better, improved health and prevent something bad happening to them because of these screenings. It dawned on us that small businesses wouldn’t have that benefit of free health screenings because they are often just the owner and a handful of employees at the most.”

Roberts said van Duijvendijk’s situation helped put it in perspective. According to Roberts, stress, courage and grit are all a part of owning a small business.

“Your own personal health is probably falling down on the priority list,” Roberts said. “We talk about wanting small business and wanting commerce and growth in our area, but we don’t think about what that takes from a human perspective. Knowing that, we thought this was something we could offer to help meet their needs.”

This was true for van Duijvendijk, who unknowingly suffered from high blood pressure.

“If you don’t go to the doctor on a regular basis, you just aren’t going to know if you have high blood pressure because there are no warning signs,” she said. In fact, the night of the stroke, she was still hesitant about calling 911.

“My eyes were burning, and I got up to rinse my eyes because I thought I had something in my eyes,” she said.

She also struggled to walk without falling over and her pulse was low then racing. That’s when she and her husband called 911.

Van Duijvendijk had a stroke and spent five days in the ICU while doctors worked to get her blood pressure down and she recovered from issues caused by the stroke.

“I had no idea that I had high blood pressure. I knew I had a family history, but it was something I thought happened later in life,” she said. “It’s something that’s so preventable. I didn’t have to go through that. I was trying to live healthy. I’d lost 40 pounds and was going to the gym regularly.”

Thanks to the efforts of the Jackson County Chamber and van Duijvendijk, local business owners will have access to free health screenings that could prevent something like this.

Roberts agreed with van Duijvendijk about the community’s support.

“Whether you are a member or not, we want to hear from you. We want to be your wingman. We want to support you and have your back,” Roberts said. 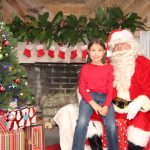 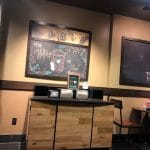