Nature has a language of its own, often expressed in colors or structures that send signals to the rest of the world. So it is with spines on caterpillars, like those on the beautiful Io moth.

Io moths are among the largest in eastern North America. Adults can have a wingspan of from 2-3 inches, with fully mature caterpillars being as long. The caterpillars and adults of these insects have evolved to communicate danger should any animal choose to try and harm them.

For the caterpillar of Io moths, the signal is sent through the presence of numerous spines that cover the back of the insect. The spines are fewer on the early stages (called instars) of the caterpillar, becoming more numerous and elaborate as it grows.

The clusters of black-tipped spines on the final instar send the message that if you touch me, you will pay a price. These urticating spines pack a dose of venom that causes a burning sensation and, in severe cases, whelps on the skin. From personal experience, even a slight touch is enough to deliver the message.

As in many cases with any language, results are not complete, as both adults and caterpillars of the Io moth are attacked by birds, wasps, spiders, and other predators. In the case of birds, the attacker may think twice when seeing another caterpillar with spines – which is the lesson that the spines are intended to send. The next caterpillar will fare better.

Adult Io moths choose a different approach. The forewings of both males and females are basically a drab brown (female) or yellow (male) color and help these insects to blend into their surroundings. When disturbed, however, the hindwings send a different signal – one of surprise that hopefully makes the predator (especially birds) think twice.

Each hindwing sports a large black and blue “eyespot” that, when exposed, looks like a pair of eyes.  Any predator is loath to face another creature head-on.

So, look and listen for the language that nature is using in the many plants and animals in our world. 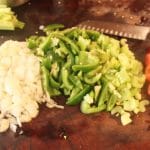 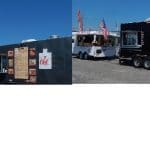