Now with national network television exposure, the 2022 Mississippi Gulf Coast Billfish Classic (MGCBC) is shaping up to be one of the best fishing championships in America.

Excitement for the biggest championship on the Mississippi Gulf Coast will be televised, featuring the Catch & Release portion of the event. Tune in to CBS on Saturday, June 11 from 7 a.m.-to 9 a.m.

“Inclusion in the Sport Fishing Touring Series on CBS is exciting,” Bobby Carter, founder of the MGCBC, said. “Tune in Saturday morning at 7 a.m. Look for highlights of the teams, some live action, as well as team interviews.”

The 26th year of the tournament kicks off with teams meeting on June 6. With 100 boats expected to participate, teams will compete in categories of Blue Marlin, Tuna, Wahoo, and Dolphin. Each winning species has a chance to be awarded tens of thousands of dollars in cash prize money. The total prizes won in 2021 was over $1.8 million, and this year is anticipated to be bigger!

This is a special tournament with seasoned fishermen competing. Not only are the fish large and the prize money the biggest, the boats are stunning, impressive and very expensive. Come watch as the boats line up and parade from Point Cadet Marina in Biloxi on Thursday at 11 a.m.

Want to check out the winning catches in-person? Scales are open on Friday from 3 p.m. to 8 p.m. and Saturday from 3 p.m. to 6 p.m. Admission is free for spectators. The prized catches will be displayed, weighed, and measured as this is a perfect opportunity to take-in these magnificent fish.

The award ceremony is set for Sunday, June 12 at 10:30 a.m. at the Golden Nugget Casino and Hotel, the tournament’s headquarters, in Biloxi. The celebration will cap off this fun-filled champion tournament. Winners will be presented awards at the event.

Get pumped for the 26th year of the Mississippi Gulf Coast Billfish Classic! Let’s see what new fishing records are broken in 2022! 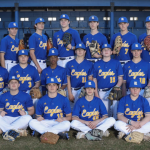 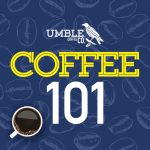