A little piece of history is nestled along the beach in Ocean Springs in the form of the Charnley-Norwood House.

“This house, a Louis Sullivan/Frank Lloyd Wright original design, is of national significance,” said Jeff Rosenberg, Preservation Coordinator at the Office of Restoration & Resiliency in the Mississippi Department of Marine Resources. “What makes the Charnley-Norwood House significant architecturally is its place at the forefront of modern architecture. It exhibits a degree of functionality and austerity not witnessed before in residential architecture of the 1890s.

“The design of the Charnley-Norwood House embodies the nexus of ideas that powerfully reshaped not only American, but international residential architecture in the 20th century. It is quite possibly one of the first modernist houses ever.”

The Charnley-Norwood House can be traced back to the late 19th century, when architect Louis Sullivan took a liking to Ocean Springs during a 1890 vacation. Sullivan decided to invest in a parcel of waterfront property and designed two neighboring retreats, one for himself and one for his friends James and Helen Charnley.

“Although best known for his high-rise urban buildings in Chicago, Sullivan designed these rural vacation retreats with a long, low orientation that blended into the natural surroundings of the coastal plain and was apparently assisted in that design by his young draftsman Frank Lloyd Wright,” Rosenberg said. “The Charnleys would sell their vacation house in 1896 to Frederick and Elizabeth Norwood, also of Chicago.  The long leaf pine industry had brought the Norwoods to Mississippi.”

Only in the next year would a fire destroy the house, but rebuilding began almost immediately, with the Norwoods following the original design of the house. The property once again sustained heavy damage during Hurricane Katrina, a storm that destroyed the Sullivan house.

“The Mississippi Department of Archives and History (MDAH) conducted emergency stabilization efforts,” Rosenberg said. “Despite the damage caused by Katrina, the structure was amazingly intact.  John G. Waite Associates Architects of Albany, New York prepared a Historic Structure Report. This report, combined with the detailed Analysis of the Historic Finishes conducted by architectural conservator, George Fore, produced a detailed description of the original design and construction of the Charnley-Norwood House.

“After the Mississippi Department of Marine Resources acquired the property in 2011, a multiyear award winning restoration of the house was overseen by Larry Albert Associates Architects of Hattiesburg.  Under the guidance of MDAH the house was remarkably restored to its circa 1900 appearance.”

Today, the Charnley-Norwood house is open for tours.

“Upon entering the building, visitors often note the thoughtfulness of the design,” Rosenberg said. “Large expanses of glass doors are found throughout the house, and spacious porches provide views of the surrounding grounds and water.  Standing on these porches, looking across at the water, it is easy to imagine what initially inspired Louis Sullivan to choose the location for these houses.  The plethora of windows showers natural light into each of its rooms.  The T-shaped floor plan of the house affords views of the water from every room.  Inviting window seats offer anyone wishing to sit an opportunity to bask in the midst of sunlit pine walls.” 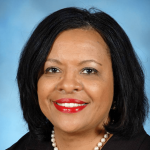 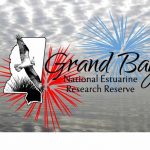