Father’s Day has been nationally celebrated for nearly a century as a way to honor men who have stepped up to one of life’s greatest challenges: raising children.

One man, an operator at Chevron, has truly stepped up to the challenge, being a father to four children.

Ronald L. Hackney Jr. has a 9-year-old son and 7-year-old daughter from a previous marriage as well as a set of twins he adopted with his current wife.

“It can be pretty tough some times,” Hackney said. “It’s balancing act. I only see my two oldest on my off weekends, so I’m trying to balance doing stuff with the big ones and the little ones, but it’s getting easier now during the summer. The babies are great. They don’t fuss and are extremely content. Having them has added a whole other level of difficulty into normal life, going from not having kids in the house to having two infants. It definitely has its challenges.”

Of course, another challenge gets thrown into the mix with Hackney’s unusual work schedule.

“I do rotating shift work,” he said. “I worked Wednesday and Thursday nights then I have a couple days off and go back to day shift on Monday. My wife also works as a teacher, but it works out because when I get home in the morning I help her get the babies up and ready for the day.”

Anyone who has one newborn knows it can throw life into a state of chaos, so having two infants at home has been an experience for Hackney and his family.

“We made the decision to adopt and it was taking awhile to get everything going and finding that match,” he said. “We were actually getting ready to head out on vacation to the mountains when our social worker called us about this set of twins. They were born weighing four pounds each, so they did have to stay in the NICU for the first week of their lives, but on Black Friday we picked up two babies.

“Life has a way of working out. My wife is good at scheduling, and I’m good at following directions. Working at Chevron also affords us to take some good vacations to spend time together. It’s definitely a balancing act, and the two oldest kids are great at helping with the babies.”

“Probably the most rewarding thing in life is knowing you got these little people that you are responsible for, how they grow and change,” Hackney said. “Especially with oldest and watching how they interact with two babies, it’s rewarding. You start to see their personalities and how they develop and grow and mature. It gives you a little sense of joy and fulfillment. It’s maybe the single best thing there is.” 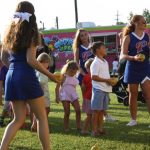 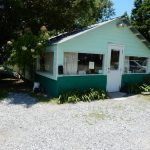