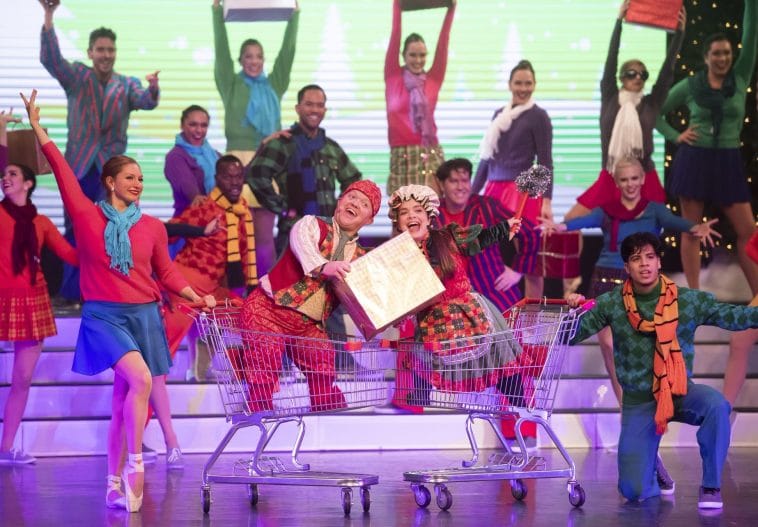 Snowflakes fall, teddy bears wave, and nutcrackers stand guard and pound their drums! Santa is on his way with Rudolph leading the way! There’s music and magic in the air as smiles light up every face! It’s as if you’ve been transported to the North Pole or stepped into a beautiful Christmas snow globe that’s come to life.

No, you haven’t just woken up from a long winter’s nap. You’ve taken a ride in Santa’s sleigh at “Christmas in the Air” at the Beau Rivage Hotel and Casino in Biloxi. It’s a truly magical sight to see and enjoy during this special time of the year and after a year plagued with COVID that shut down so many live musical acts.

“To have live theater back, it’s just beyond words,” Jeb Rand, director and producer of the show, said. “Relief, thankful, appreciative. There’s just so many emotions running through all of us to finally have live entertainment back.” 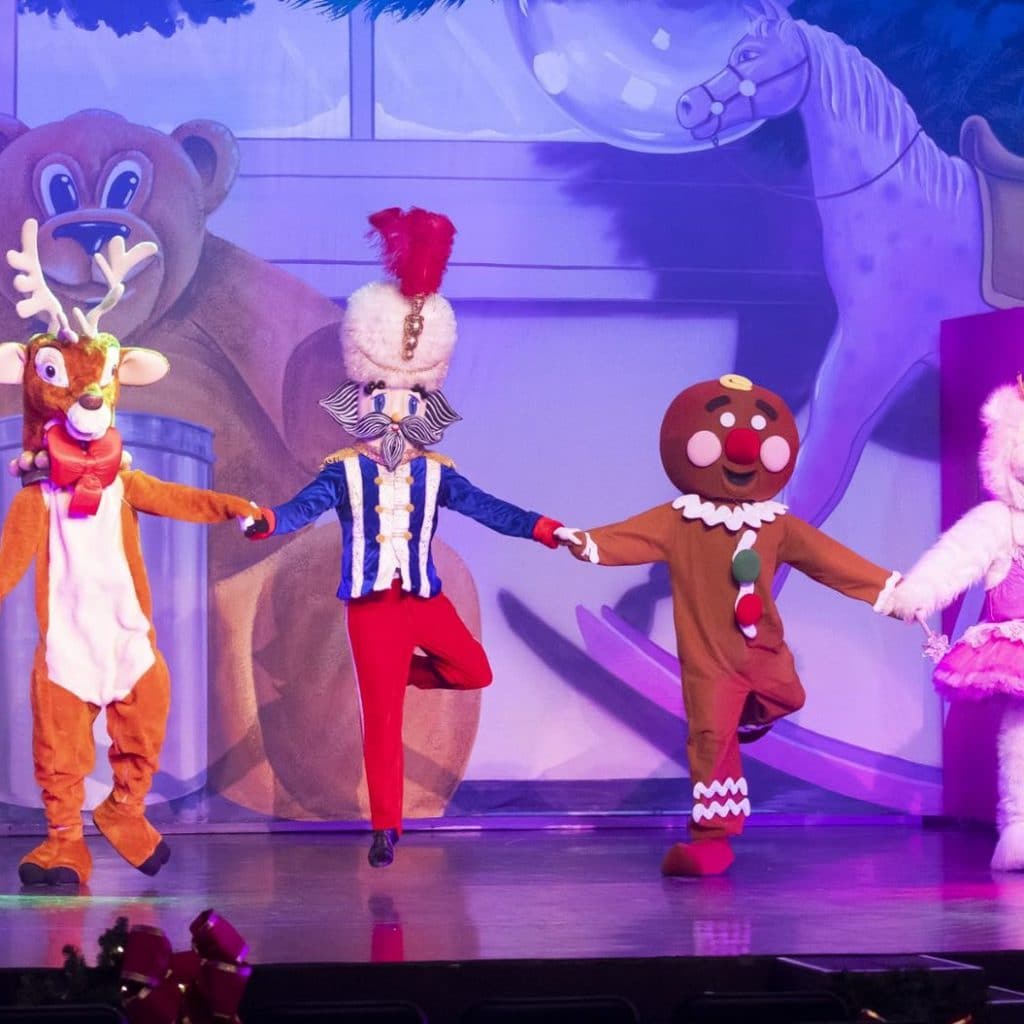 “The Beau Rivage is such a class act,” Rand said. “You can’t find this type of talent and professionalism outside of Radio City Music Hall. They are so supportive of all of our productions. They take care of the business side of things and the guests and let us focus on the performance so that we can bring the best show possible to our guests. I am so very grateful and thankful to work with the Beau. I am really humbled to be a part of this production. No one does it better than the Beau Rivage.”

He and his wife, who were former very successful ice skaters for eight years and over 100 performances, and their two daughters have been a major part of putting together the shows. One of his daughters even came up with the name for the “Tinseltoes,” the Rockette style dancers that bring graceful, amazing precision, and beautiful dancing to the stage. But I won’t reveal the secret of how these lovely ladies got the name “Tinseltoes.” You’ll have to find that out when you take in this amazing show.

When Rand was given the “go ahead” this summer for auditions for a live Christmas production, he immediately reached out to a very talented peer in the theater veteran Rockette and choreographer Ann Cooley to ask if she was up to the challenge. She was more than ready. When COVID put so many restrictions on the country and live performances, she felt lost and did not know what the future would hold for her career. Cooley, her husband, and dogs loaded up and headed back home to Michigan where she began working on a Master’s degree in screenwriting. For Cooley and the Broadway scene, everything had changed so much, and she really didn’t know what to expect for her future. But when Rand’s name came up on her phone, she said she couldn’t answer it fast enough because she knew that the call would be something special.

“We had worked together for years at Radio City Music Hall and other major theaters, and we work well together and have always enjoyed working together,” Cooley said. “When he asked if I was up for the challenge, I couldn’t say ‘yes!’ fast enough.”

Rand and Cooley held the first audition for the first big show in New York since live productions had been canceled, and they were overwhelmed that nearly 500 performers came out to audition.

“There were just so many emotions going through everyone at that time,” Rand said. “There were tears and enthusiasm. It was just amazing and it was so hard to pick just 14 performers from all of that talent.”

There are 28 singer-dancers in the production, bringing an immense amount of talent to the show with very talented lead singers and actors to the production. After seeing talent from all over the country, Rand was so thrilled that two of the lead singers hail right from the Gulf Coast region, Tyler Simms from Louisiana State University and  Diego Peñafiel from Biloxi.

“It was such a sweet surprise to find these talented singers right in our own back yard,” Rand said.

Rand gives much of the credit of the production to Cooley.

“I came up with a loose story, but she just really brought it to life,” Rand said. “She really brings the magic come to life.”

“We wanted to make it feel like a snow globe had come to life,” Cooley said. “The dancers are so talented and choreographed and perform with such precision, and of course, we put our own holiday Beau Rivage spin on it. It’s truly like a Broadway show here. Plus, we’ve added a few surprises this year. Truly the dancing is with such precision that you will be blown away.”

But who would expect anything else when former Rockette Ann Cooley is involved. When she graduated from high school, she packed up for New York the next day. She first became a part of the Rockettes when she was 17 and made it to the line when she was 21. She has danced in Radio City Music Hall and around the country and has brought her choreography skills to productions from New York to Chicago and places near and far. For Cooley, dancing has always been a part of her life.

“I like to say that dancing is in my DNA,” Cooley said. “My mother was my dance teacher, and I feel like I’ve been dancing all my life. And it’s such a joy to be a part of this with Jeb and the Beau Rivage. Everyone is so warm and welcoming, and it’s just a joy to be here.”

Cooley loves the cozy atmosphere of the Beau Rivage theater and is so grateful to be a part of the production.

“This truly is the best staff and crew to work with. You really can’t find this type of talent and professionalism at the Beau Rivage outside of New York. It’s truly world-class.”

“Christmas in the Air” combines a little bit of Broadway, variety, high kicking and dancing, and exquisite entertainment to the stage, and that was so very important to Rand. There are Christmas classics, new tunes, and an interactive experience for the audience as two of Santa’s elves take you on a journey of magic, enchantment, and Christmas joy.

“We think this is just a fun event for everyone,” Rand said. “We like to say that there is something for everyone from two to 102 (years old) that will enjoy the show. It really gets you in the Christmas spirit. We want to make this our very special Christmas card from the Beau to the Gulf Coast.”

This is truly a Christmas gift to the Gulf Coast, and you definitely don’t want to miss out on this fun and beautiful production. Plus, there’s snow in the forecast at every show. “Christmas in the Air” runs until December 26 with two performances a day at 3 p.m. and 7 p.m. You can visit the Beau Rivage’s website for more information. 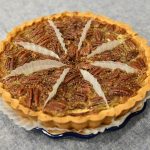 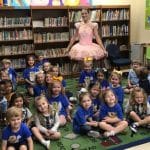