Players from South Mississippi, many from the “Southern Six”, dominated the Class 5A All-State Teams as recently announced by the Mississippi High School Activities Association.

Picayune tailback Dante Dowdell, the Mr. Football in Class 5A, was also named the Overall Most Valuable Player in that classification and as the top offensive performer overall.

Dowdell signed with the University of Oregon on Wednesday. He helped lead Picayune to back-to-back Class 5A state championships. Over the past two seasons, Dowdell has rushed for 5,301 yards and 65 touchdowns. This year he accounted for 2,165 rushing yards on 265 carries and recorded 36 touchdowns from his tailback spot.

He is coming off an appearance playing for his home state in the annual Alabama/Mississippi All-Star Football Classic, and he along with Gautier quarterback Kaden Irving just played in the prestigious U.S. Army Bowl at “The Star” in Frisco, Texas which is the world headquarters of the Dallas Cowboys. Dowdell ran for over 100 yards in that game and Irving threw a touchdown pass.

Irving was named the first-team all-state quarterback. The 6-foot-2, 215-pound Irving is one of just a few prep football players in the state of Mississippi ever to throw for over 10,000 yards and 100 touchdowns in his playing career.

During his senior season, Irving guided the Gators to their first-ever appearance in a South State championship game, as Gautier faced off with Dowdell and the Maroon Tide in the Class 5A contest. Irving, an Ole Miss baseball signee, completed 62 percent of his passes this season going 258-for-420 for 3,953 yards and 46 touchdowns while averaging almost 16 yards per completion. He also rushed for 462 yards and another 17 touchdowns, as he accounted for almost 4,500 yards of total offense and 63 touchdowns.

A total of fifteen players from the “Southern Six: were honored for their play this season with all-state status. 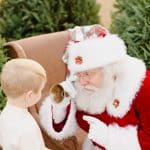 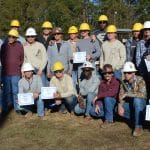