The performer of more than 30 top 10 hits on the Billboard Hot Country Songs Chart between 1978 and 2004, will play the Grand Magnolia Ballroom in Pascagoula on Friday, June 11. It marks his first appearance in Jackson County in almost three decades.

Tickets for “An intimate evening with John Conlee” are currently on sale at Scranton’s Restaurant in Pascagoula and at http://www.grandmagmusic.com. The show is sponsored in part by Mississippi Southern District Public Service Commissioner Dane Maxwell,

Conlee has been a member of the Grand Ole Opry since 1981, and still hosts the weekly shows on a regular basis. Among his seven number one hits are “Rose Colored Glasses”, “Backside of Thirty” and “Lady Lay Down” as well as “Friday Night Blues”, “Old School”, “Miss Emily’s Picture” and “Common Man.”

“Common Man”, in fact, has become kind of a mantra for Conlee as well as developing into an anthem for the everyday, hardworking American including the singer himself.

“I live on a farm in Tennessee, and I still have the farm I was raised on in Kentucky, so I spend a lot of time on a tractor,” Conlee told The Raleigh News and Observer several years ago. “And I do almost all the maintenance on my bus. So I’m doing working man things, I guess you’d say. I love doing it.”

Conlee has been nominated for many, and won several, Country Music Association Awards, including Male Vocalist of the Year as well as New Artists of the Year.

“Rose Colored Glasses” is considered his “signature song” and has been a longtime fan favorite since its release. Conlee continues to play shows all across the country as he closes in on five decades as a recording artist. In addition to his longtime success in country music, he has also recorded several works of gospel and bluegrass music.

“I’ve been blessed and I continue to be,” he said. “People still want to hear what we do. So long as that’s true and I can do it, I plan on being out there.”

Conlee becomes a member of the talent roster that has appeared at The Grand Magnolia, in conjunction with Grand Magnolia Music, over the past few years that also includes Rodney Crowell, Mac McAnally, Jimmy Buffett, J.D. Souther, Lee Roy Parnell and Louisiana’s LeRoux, just to name a few. 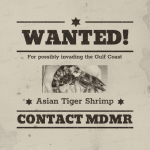 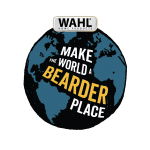