As communities around the country and the world are working together to promote equality and ask its members to treat those who may look different from them with respect, local leaders organizing marches in coastal Mississippi are hoping to do just that: bring the community together.

“To see people of different races and cultures stand together hand and hand calling out for equality for all man did something not only to our city but our state,” said Jakavious Pickett, lead pastor of Praise Temple Biloxi. “To see strangers come together for one common cause to promote healing and reconciliation was not only a mandate but was a trigger of even better things to come.”

Pickett is referencing a unity march that was held in Gulfport earlier in June. He said he felt a great energy over the city the morning of the march and that turned into a great gathering at Jones Park as well as the steps of the police department. Greg Whitfield was the lead organizer of the march with assistance from the Legacy Business League, Gulfport Police Department, Coast Ecumenical Fellowship, Boys and Girls Club Gulf Coast, and Praise Temple Biloxi.

For Pickett, the march was a start to healing. He said the city was supportive of closing the roads for the event and that the mayor and other city officials were in attendance.

“Since then we have had the chance to sit down with other officials and devise a plan to move forward and cause more progression in South Mississippi,” Pickett said. “We have seen some progress being made since then with the removal of the state flag from the City of Gulfport property.”

This progression also leads to another march coming up this weekend in Biloxi. For those looking to participate, the next Unity March & Prayer will be held on June 20 at 9 a.m., starting at Biloxi Town Green and ending at Biloxi City Hall. Pickett said the City of Biloxi has been as welcoming as Gulfport.

“I believe that many of the coast leadership is starting to see the importance of not turning a deaf ear or closing their eyes to the realities of the world,” Pickett said. “What’s happening in America is also happening here in Mississippi. I know for a fact that the leadership on the coast knows the potential that we have, and I believe that they now see that in order to reach that potential they have to deal with the matters even though it may trigger tension within.”

As the marches continue, Pickett hopes that these events will bring the community together and show that we can’t succeed when we beat each other down or stay socially divided.

“I hope that these unity marches that we are doing and all the other things that are coming out of them begin to show everyone that TOGETHER we can accomplish anything but separate we can do nothing,” he said. “We must understand as American people that we have more in common than we do uncommon. We just can’t allow our skin color to separate us. We were all equally made by the same creator.”

Leaders have been pleased with the response to the marches, but they believe the follow-up is even more important. They plan to “stay at the cause” until there is a breakthrough. That’s the real goal moving forward.

In closing, Pickett’s advice to the community is to listen. 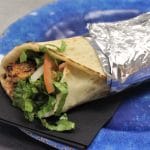 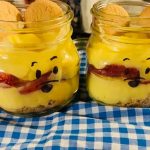