The team from Chevron was happy to spend Saturday helping to fight MS.

The Chevron team poses at the MS walk on Saturday, March 11 in Ocean Springs.

Pat Wiley poses with the rest of his team at the MS Walk in Ocean Springs on March 11.

Runners, walkers and volunteers alike gathered along the beach in Ocean Springs Saturday morning all working toward one cause, to end multiple sclerosis.

The Mississippi Gulf Coast chapter of Walk MS hosted its annual walk March 11, with numerous participants turning out to help those affected by multiple sclerosis, donating time and money to the cause.

Pat Wiley lives with this disease, and participates in multiple fundraisers like Saturday’s walk.

“I’ve been working with this for years with various fundraisers and to see people from all walks of life come together, it really is inspiring,” Wiley said.

Multiple sclerosis, or MS, is characterized by damage to an individual’s nervous system caused by the immune system. When impulses traveling to and from the brain encounter these damaged nerves, the signals are distorted, creating a wide variety of symptoms.

According to the National MS Society, the disease is thought to affect roughly 2.3 million people in the world; however, the disease is difficult to diagnose, as there is no single, definitive test for MS.

The team from Mississippi Power is currently the top team with nearly $3,000 raised in donations.

Other top teams include Making Strides for Shannon at $1,240 raised and Navigator Credit Union at $1,210 raised. But for people like Wiley, it isn’t all about the size of the donation.

“Every donation, no matter how large or small, counts because they all go together,” he said. This organization is the largest collector of funds to help bring an end to MS.”

Donations raised at Saturday’s walk will go toward multiple avenues of aid to those affected by MS.

“The money goes for a variety of things,” Wiley said. “This association is the biggest funder of research, but also to provide services to people who can’t afford. So it’s everything to providing to people suffering from MS to providing research dollars that go into treatments and cures of this disease.”

Anyone who was unable to attend the walk but would still like to donate can still do so at the National MS Society at nationamssociety.org/donate.

“It’s going to take all of us working together to bring an end to this disease,” Wiley added. 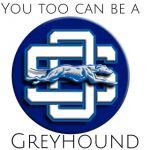