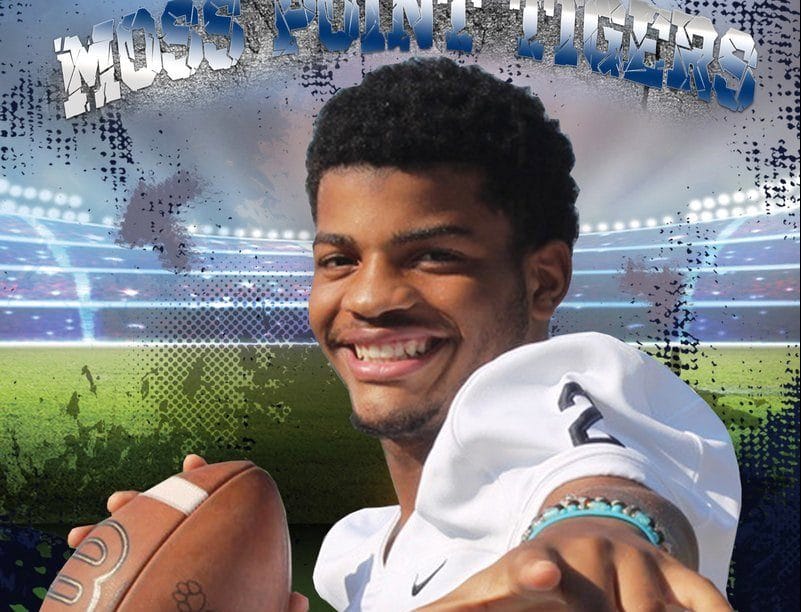 Recently, you probably saw my column about Antonio Sanford, Pascagoula High defensive back, and his special night on the football field. Now, wonderfully, I get to report on a similar showing by Reuben (Deuce) Lee, quarterback for the Moss Point High Tigers.

On October 8, Mr. Lee got a few things done in Moss Point’s exciting 52-44 win over Vancleave.  Check this out: Deuce threw six touchdown passes, ran for two scores, and threw two 2-point conversion passes. Yeah, do the math—he accounted for every point the Tigers scored.

“I have been watching Deuce’s progression since he was in the sixth grade leading the peewee team and observing him in my P.E. class,” said MP Head Coach Eugene Harmon. “I was fortunate to be his coach in his 7th and 8th-grade years and was able to let him grow as a pocket quarterback learning how to read coverages. I was teaching him from a defensive perspective of how to react to different situations. After his sophomore year, my goal was to find him a quarterback coach who could develop him into the player he was striving to be. We found that person in Coach Ray Pickering. Deuce has developed tremendously over the last two years to the point where he has transformed from just being a pocket QB to being a dual-threat.”

Against Vancleave, Lee needed to call upon that growth and development, as the Tigers fell behind 14-0.

“He gathered the offense and made the statement that we will score on every drive,” said Coach Harmon. “He told them that the defense will get a couple of stops, and we will take control of the game. Hearing him say that in a time of adversity shows the mental focus he has developed over the years.”

Even more important than his on-field exploits, Deuce appears to be the type of young man we can be proud to call a “local”.

“Deuce is a very humble young student-athlete,” said Coach Harmon. “He is in the top ten percent of his class academically. He is always willing to help a friend, whether it is in sports or in school. His passions are his family and football. The family supports each other like no other family I have seen in all my years of coaching.”

On the field, Deuce has started at quarterback since he was a freshman, and Moss Point has either won or contended for the district title each of those years. Going into the Bay High game on October 9 (a 40-21 Tiger victory), he had passed for 6,376 yards in his career with 59 touchdowns, while also rushing for 15 TDs.

Given those gaudy statistics and his leadership skills, where does Deuce rank in the pantheon of great Moss Point quarterbacks? I turned to my good friend and Tiger historian Robert Beatty for his observations.

“Having watched Reuben all the way since the ninth grade, he has steadily improved, and the team seems to play better around him,” said Robert. “As far as the all-time ranking,he would be up there with Damarious Bilbo, Kevin Fant ,John Armstead, and Derrick Taite. (Editor’s note: I’m going to add one from back in the day in Richie Perkins.) He’s been a lot of fun to watch, and I look forward to the rest of the season and hopefully a deep run in the playoffs.”

A successful playoff run for Moss Point seems a distinct possibility, after closing out the regular season with Pass Christian and West Jones. With Deuce at the helm, many good things seem possible.

What is for sure is that in researching this column, I learned a lot about a fine young man from Moss Point who is talented and humble at the same time. As I referenced in the Antonio column a couple of weeks ago, we should all be glad that Reuben (Deuce) Lee is one of the faces of the youth of our area. 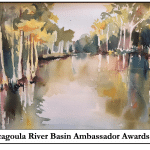 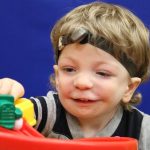