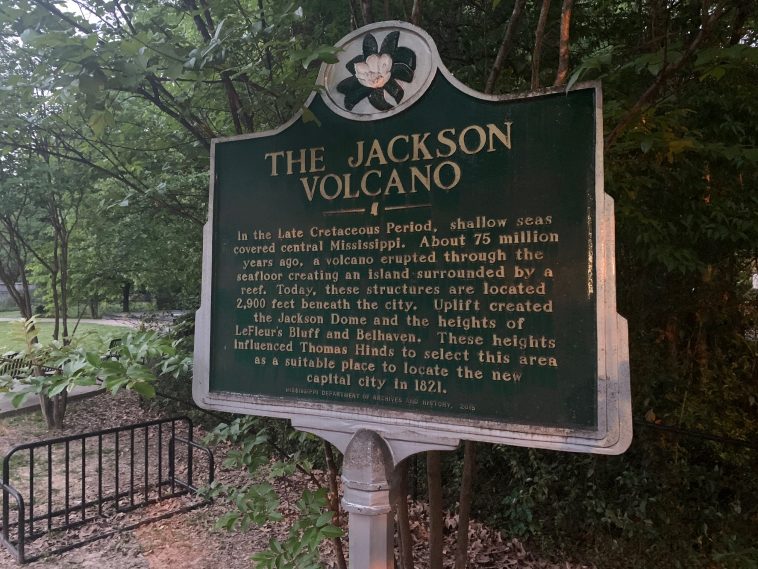 The geology of Jackson, Mississippi is like no other capital city across the United States.

Besides the two rivers and the all-too-common potholes, one geological feature that has been kept somewhat secret over the years is the fact that Jackson sits atop a volcano.

No, not one of those volcanoes that can erupt at any time. The Jackson Volcano lies 2,900 feet below the city and is more than dormant—it’s actually considered extinct, which is good news for Jacksonians *fingers crossed*

If you go to Belhaven Park on Poplar Boulevard, you’ll find a historical marker that reads:

“In the Late Cretaceous Period, shallow seas covered central Mississippi. About 75 million years ago, a volcano erupted through the seafloor creating an island surrounded by a reef. Today, these structures are located 2,900 feet beneath the city. Uplift created the Jackson Dome and the heights of LeFleur’s Bluff and Belhaven. These heights influenced Thomas Hinds to select this area as a suitable place to locate the new capital city in 1821.”

Furthermore, the Late Cretaceous Period featured a chapter of volcanism within the Mississippi Embayment, which covers the south-central portion of the United States, about 106 to 69 million years ago.

At the tail end of the epoch, a triangular array of volcanic terrains formulated in the central region of the Mississippi Embayment, one of them being the 420-mile Jackson Volcano with its peak sitting directly below where the Mississippi Coliseum stands now.

Even though the volcano is extinct, the Jackson Dome still serves a vital role as it’s the only “significant” source of carbon dioxide east of the Mississippi River—necessary for the production of oil.

To find out more about the Jackson Volcano, check out this study from The Mississippi Department of Environmental Quality. 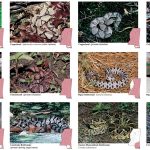 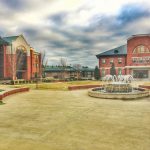