I sat down with Ms. Anna inside her red brick home in Moss Point barely visible from the road she’s lived on for the last 60 years. Looking around her living room, you notice space is filled with the familiarities of everyone’s grandparents’ house; such as an unseasonably warm temperature setting, mix-matched pieces of furniture and decorations, and mothballs in every room. However, much like a grandparent, the home embraces you with comfort and love. Her walls are a photo book filled with images of her most prized possession, her large family.

Anna Richardson first moved to East Jackson County, Orange Grove, with her family in 1936 at the age of thirteen. At that time, she was Anna McDonald, a new freshman at Moss Point High School and quite literally fresh off the farm. Anna grew up in Alabama with her 6 siblings on their parent’s farm. It was her early life on the farm that defined the person Anna become as an adult. She is a hard worker who believes nothing worth having comes easy, but she also thinks that you should take time to enjoy what you have. She is quick to talk about the enormous amount of work always needing to be done. Most of the work consisted of milking the cows, stocking the feed, and tending to the animals. She complained “oh those cows” closing her eyes while remembering all the times they would step on her feet. She exaggerated the experience by insisting because of them she “stayed crippled half her life.” However, she also motioned to a scar on her face.

The scar came from a car wreck in 1938. She was a bit tight-lipped on the details of the accident, but she did describe how she went through the window. “I think that’s why they pass me in geometry,’ she said laughing, ‘because they felt sorry for my torn body,” She described having shards of glass stuck embedded in her skin forever. “Look right here,’ pointing towards the top of her right eye, “the last piece of glass just worked itself out last week! At least I hope it’s the last!” she said smiling. Immediately after graduation in 1940, she went straight to work as a seamstress at Onyx Knitting Mill. She would work at the mill for 41 years, even after it changed to Cinderella Knitting. She held a supervising position for most of her time there. Being a woman supervisor during that time is something to be proud of, but it was something that she did not take for granted.

Her sister, Mae, worked at the mill under her. Mae and her coworkers decided to unionize, which put Ms. Anna in position to delegate between her crew, the union boss, and her superiors at the mill. She explained being a supervisor was hard, but she came from a family of people in management. Her dad ran a store in Mobile and managed all the work on the farm, but unlike the stern no-nonsense approach, most business managers claim you must have, her dad taught her to care about the community as well. “Being a supervisor isn’t easy, Ms. Anna says with a more serious tone than before, “especially when they say you have to lay someone off.” “It’s not fair because you know that person is trying as hard as they can to keep up with production and they have a family to feed too.”

By this time in her life, Ms. Anna was married, divorced, remarried, and had a son from each marriage. Even though her spouse worked, being able to contribute her $.40 A DAY to the family income meant a lot to her. She was proud of her salary, but she was also proud to tell me that she would never take a penny more to her pay unless her crew got a penny more too. “I guess I have a heart or something,” she explained. Like most wives and mothers, if she wasn’t working, she was doing the everyday homemaking chores, like going to the grocery store. The grocery store she used was none other than Wayne Lees, the same one she stops at today. It was the only grocery store around she explained, except for a small store across from the knitting mill called Krebs Grocery. She would sneak over there while sometimes working to get bologna and crackers.

Living in Moss Point since 1936, Ms. Anna has seen lots of changes. Running water and postal service provided by the city were a couple of significant changes she noted. Her homestead on Prentiss Avenue was unincorporated at that time and was considered rural. She couldn’t recall if they had paved roads, but if you ask her about Magnolia Street, she tells you its never been appropriately blacktopped. You cannot really get Ms. Anna to comment much on if things have changed for the good or for worse. To her, things go up, and things go down. There is work always to be done, but also there is an opportunity to enjoy life as well. For her, she finds enjoyment by fishing. If you ask her where she likes to fish she jesters around. Moss Point is surrounded by water and waterways, for someone who loves to fish, ending up in the “River City” suited her just fine. She lived in other places though. Hawaii, Utah, and Baltimore to name a few. Baltimore was her least favorite because she found it too cold for her to fish there. While casting a rod is one of her most liked pastimes, she also loved to cut a rug. She recalls a dance hall on Market Street they would attend, but before the dance hall days, she described going to houses to dance. “Benny Stork, can you believe that,’ she asked, ‘we would go to Benny’s house for dance parties.”

Ms. Anna doesn’t dance anymore because it makes her dizzy and likely to fall; however, she does take that party spirit every year to the Pascagoula Mardi Gras parade. She refuses to miss this annual day of celebration. She is especially excited this year because she gets to bring her oldest grandson’s wife, who is new to the United States. While listening to her talk about dancing and Mardi Gras parades, I started thinking about how she was just repairing a toilet with her son when I got there for the interview. When I asked her if I could profile her for an article, she agreed but warned me of her busy schedule and told me she would call me when she had some spare time. How amazing that a 96-year-old must pencil in some time to sit down and talk?! That is; however, the secret to her longevity. She still goes fishing, cleans her house, goes shopping, hems clothes, and prepares Christmas Gumbo for the people whose faces hang in her hallways. It is surprising she even has enough wall space for her family. She has 2 children, 8 grandchildren, 18 great-grandchildren, and even some great-greats! She also stays busy in the yard. She is probably more famously known in her neighborhood for always cutting her grass and doing yard work. Her yard is full of fruit trees, and her neighbors often stop by to get some of her oranges. She generally doesn’t mind although she is quick to add she would like to keep the cumquats to herself.

If you ever meet Ms. Anna, you will probably take to her instantly. She’s friendly, witty, and you never know what is going to come out of her mouth. She is also helpful and supportive of her neighbors and community. Today I sat in Ms. Anna’s home as a journalist, interviewing her for a profile. However, any other time, I would sit in her house as her granddaughter. People often condense life advice to something as simple as YOLO, you only live once. We all know that is true, but if we are lucky, we can live one life through many lifetimes. My grandmother, my hero, has lived through the Great Depression, World Wars, the Civil Rights Era, the Cold War, The Gulf Wars, Pearl Harbor and 9/11, and the recession. She has buried her parents, four siblings, and a beloved grandson. She has supported each son and each grandchild in times of despair or trouble without hesitation. She has watched Moss Point grow, and Jackson County expand. She’s lost old friends and made new friends. Like all of us, she has her one life to live, and she lives hers to the fullest. If you want to know her secret to her longevity, she will be happy to tell you. It’s simple she explains, “work hard and eat fresh fruit and vegetables.” but also try to have some fun along the way.

I think that is sound advice for us all today. The world may seem like it’s on fire right now but for Ms. Anna, she has already seen it all. We should learn from her wisdom right now: try to keep steady, be diligent, and don’t forget to stop and dance. 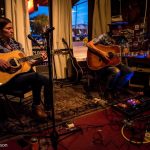 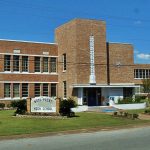