After 12 years, Ocean Springs will begin July with new leadership in the mayor’s office with Republican Shea Dobson.

At 31 years of age, Dobson has been interested in politics for nearly a decade, beginning with the 2008 presidential election.

“I was visiting my dad in Tennessee during the holidays of 2007, and he had one of the debates on TV,” Dobson recalled. “I was really impressed by Ron Paul. I could tell he was genuine, and that when he said something, it wasn’t because it was the necessarily the politically-correct thing to say, but because he really felt it. It was just the opposite of how I thought of politics as a whole. It eventually inspired me to go back to school and major in political science.”

While in school at the University of Southern Mississippi, Dobson also minored in religion and became involved with the Young Americans for Liberty before earning his degree in 2014.

“I traveled all over through different campaigns I worked on,” Dobson said. “I have been to Colorado. I lived right outside Austin, Texas, after I graduated from college. I lived in Iowa for the summer of 2015. I’ve traveled all over Mississippi as well. I hope one day to travel more.

“I decided to return to Ocean Springs because honestly during the 2016 presidential election I saw how divisive things got and got fed up with national politics. I decided I wanted to get more involved locally.”

Dobson saw the 2017 municipal elections as his way to get involved and be the change he wanted to see in Ocean Springs.

“I saw a void in leadership in Ocean Springs, and I felt I had the right life experiences, the right drive, and felt like I was what Ocean Springs needed,” he said. “I feel I’m able to bridge the gap. Especially with my generation, we’re not as polarized, so I can bridge the gap not only in political parties, but ideology, religions, socioeconomic division, downtown versus east, and just in so many other ways. With my age group, I can remember the good old days where kids played outside, I was also still in school when social media and chat rooms rose in popularity. I think some people underestimated me because of my age, but I feel it’s an asset. I have the drive and energy. I’m single with no kids, so I have plenty of time on my hands. I’m a political nobody as far as the Gulf Coast goes, so I’m not knee-deep in political circles or bogged down with tradition. I’m able to talk to my constituents with a new perspective on things.”

While some may think it takes an outgoing personality to choose to run for public office, Dobson doesn’t consider himself an extrovert.

“I’m actually naturally introverted, meaning I do well on a stage giving a speech, but not as well in small groups making small talk and networking,” Dobson revealed. “I’m a big football fan, mainly the Tennessee Titans. I consider Tennessee my second home. I grew up with my dad living there, so even though I’ve never had a Tennessee address, I think of it as my second home. Having studied political science and religion, I joke that I studied the two things you’re not supposed to talk about. However, in my minor, I was a lot more interested in the philosophy and sociology of religion over the theology. I really like reading, and I’ve especially gotten into audio books, nonfiction mostly, I still enjoy learning about theology, philosophy, quantum physics, just anything. My favorite philosopher and writer is Alan Watts. He was born in the United Kingdom and does a really great job of explaining Eastern theology from a Western perspective.”

Now that Dobson has been elected and will begin serving after the 4th of July holiday, he is excited to help foster business growth in Ocean Springs.

“I really want to make sure we’re not overbearing potential small businesses with regulations and red tape,” he said. “I want to make sure entrepreneurs are spending less time jumping through hoops and more time creating jobs. Those regulations only hurt small businesses, because bigger corporations have the time and money to jump through those hoops. I’m willing to listen to companies that want to come and build here in Ocean Springs. When you have your big chain stores like Wal-Mart, there is an opportunity for smaller business to build around it. I also want to build up east Ocean Springs more, and give people to take the 57 exit from I-10. Right now, people mainly take the Washington Avenue exit, and I want to change that.”

Dobson also understands the unique opportunity presented to Jackson County with all four municipalities electing new mayors in this past election.

“We have discussed having a meeting once a month to keep each other informed and share best practices to help promote and grow our respective municipalities,” he explained. “We want to work together to make Jackson County a great place. However, my loyalty and interest is always what is best for Ocean Springs. I like to think it as I’m not necessarily trying to get the city a bigger piece of the pie, but that I’m trying to grow the pie.”

With all of his hopes and visions for Ocean Springs, Dobson understands not all residents will be as receptive to so much change.

“I understand people could be very nervous about all the change,” he said. “People are afraid I will uproot and compromise the identity of Ocean Springs, but that is not my intent. I don’t want to compromise who we are, but I also want to make sure we aren’t stagnant. I want to take our identity and move it into the future. I don’t want to see the Gulf Coast grow around us and not reap any of the benefits. In the end, it’s all a balancing act.”

Dobson will take his oath of office on June 30 at the Ocean Springs Community Center on Washington Avenue at 5:30 p.m. 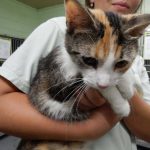 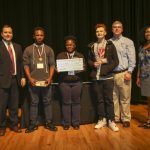