Dr. Nashlie Sephus, a Jackson native, and Mississippi State alumnus, has a vision for her hometown, and she is seeing it through with technology and a lot of heart.

Dr. Sephus graduated with her Ph.D. in Electrical and Computer Engineering from Georgia Tech and was the CTO of a successful tech startup called Partpic. Amazon acquired Partpic, the visual recognition technology startup, in 2016.

The 35-year-old has spent the past four years splitting her time between Jackson, her hometown, and Atlanta, where she works as an applied science manager and tech evangelist for Amazon’s artificial intelligence initiative.

In 2018, she founded Bean Path, an incubator and technology consulting nonprofit in Jackson that has helped more than 2,000 local businesses and individuals with their tech needs. The capital made from this allowed Dr. Sephus to reflect on what she wanted to do.

“Through my career and travels in the tech industry, I noticed that places like Atlanta or Seattle are completely different worlds compared to Mississippi,” Sephus said. “There are disparities in our state regarding technology and STEM opportunities, and I wanted to be a part of the solution to that problem.”

The Bean Path began with the idea to help people in the Jackson area better navigate technology. Sephus gathered a few of her friends, and they advertised that they would be at the local library to help mentor those who wanted to learn more about technology and stem.

“After a few months, we outgrew the library. There were people lined up outside the door before it even opened,” Sephus recounted. “The diversity that was there was amazing. Some people brought their kids, some were there to get guidance on building a website, and some were older adults who wanted to learn how to use technology. I planned to meet in the library twice a month, but God’s plan was bigger.”

Dr. Sephus began to look for a bigger space and came across an old barn in downtown Jackson. This 17,000 sqare foot building was one of her favorite buildings as a child, “I had never been in there, but it always caught my eye. Ironically, the barn was named ‘the bean,’ and my vision came to life.”

Dr. Sephus’s vision has come to life after closing on 12 acres and seven buildings in September 2020, plus an additional nine acres and another building in the last two years. What once was abandoned acreages, vacant lots, and dilapidated buildings is now a 21-acre premier STEAM hub of opportunity in Downtown West Jackson.

The Bean Path Maker Space is a maker space with woodcutters, printing presses, 3D printers, sewing machines, and much more. Robotics classes are offered there, as well as after-school programs, coding camps, and summer camps that are all STEM-based. The space also hosts events throughout the week and on Saturdays.

The campus will continue to develop and offer a “live, work, play” model with apartments, restaurants, a grocery store, events, and continued tech space.

Through partnerships and grants with The Kellogg Foundation, The Rockefeller Foundation, Amazon, Microsoft, Entergy, the City of Jackson, and many others, there is a movement happening in Downtown West Jackson, now the Jackson Tech District, and it began with Dr. Nashlie Sephus.

“Our name, Bean Path, comes from a computer programming term within Java, a small piece that grows into something much bigger,” Sephus explained. “That is what we want for people. We want them to find their pathway with technology and grow.”

Thus, the company motto of “Cultivate to sprout, determine your route” was born.

With a passion for helping vulnerable populations and seeing her downtown thrive, Dr. Sephus wants to be a part of the solution to challenges like brain drain, lack of STEM opportunities, and the food desert challenges that often arise in the Jackson area.

The Jackson Chapter of CompTIA (Computing Technology Industry Association) AITP (Association of IT Professionals) awarded Dr. Nashile Sephus the Mississippian of the Year Award in February of 2022.

The Mississippian of the Year Award is a prestigious and high-profile award given to a Mississippian who has had a significant and vital impact on the state through the business, innovation, or application of information technology.

“I am doing way more than I ever dreamed. I have learned so much and have developed a strong team along the way,” Sephus said. “I want to beat the stereotypes that Mississippi often has. There is talent here; if we bring jobs here, people won’t leave. We don’t want people to leave. We want them to stay and thrive here.” 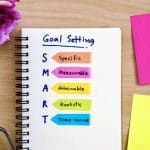 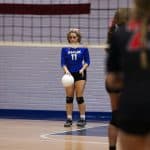