The MGCCC Jackson County Fine Arts Gallery is proud to announce the opening of the exhibit “Drawn To Whimsy: The World of Edgar Parker.” The exhibit is offered at no charge and will be open to the public from until Friday, December 13.

Fantastically detailed and rich with narrative, Edgar Parker’s ink and graphite illustrations stand alone as singular works of art. His attention to detail and the deft blending of his chosen media go beyond mere book illustrations to create worlds of their own.

Born in 1925 in Meridian, Parker showed an interest in art at a young age. Often kept from sports and outdoor activities due to bouts of whooping cough and rheumatic fever, Parker spent time quietly studying the world around him, creating sketches of animals and nature he observed at his Meridian home and in Biloxi, where his family had a vacation home. His parents encouraged his artistic interests, and he studied art at The University of Alabama before deciding to move to New York to study under Amédée Ozenfant, a French artist who painted in a cubist style and wrote extensively on the use of color in art and architecture.

While living in New York, Parker honed his style and published his first book, “The Duke of Sycamore,” at age 34. His turn toward children’s literature stemmed from a growing interest in creating art and literature that did not condescend to children but instead stimulated their imaginations, much like the work of Edward Lear and Beatrix Potter. Their work also contained detailed, whimsical illustrations that were engaging to children and adults alike and belonged to a growing number of writer/artists who broke with the tradition of simplistic or moralistic children’s literature that had dominated the genre. Indeed, Parker’s books appeal to all audiences, and his lifelong interest in personifying animals adds depth and humor to his narratives.

Especially important in Parker’s illustrations is the incredible detail that blends naturalistic elements with fantastical scenarios and elaborate costumes. Cleverly merging the mundane with the absurd, his architectural scenes are vivid and precise, yet might have monkeys in Elizabethan collars or dogs in top hats going about their business. Parker’s forethought and precision is evident in works such as “Chameleon in the Library,” in which the animal tiptoes quietly past rows of books, blending in with subtle nuances to reveal his reptilian form and also revealing Parker’s superior skills as an artist.

Though Parker wrote, illustrated and published seven books in his lifetime, his brilliance is still not widely known in larger art circles. However, in addition to this traveling exhibition, a major survey of his work titled “Fantasy and Reality” was on view at the Mississippi Museum of Art (MMA) in 1985 and traveled around the Southeast. MMA is fortunate to have more than one hundred of his original drawings and paintings, which were generously donated by his sister in the 1980s and 1990s. By continually rotating his work on view at MMA and in affiliate exhibitions, Parker’s work can be discovered by new audiences and studied as one of Mississippi’s most talented, imaginative artists. 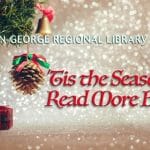 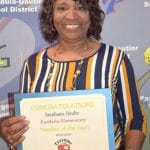