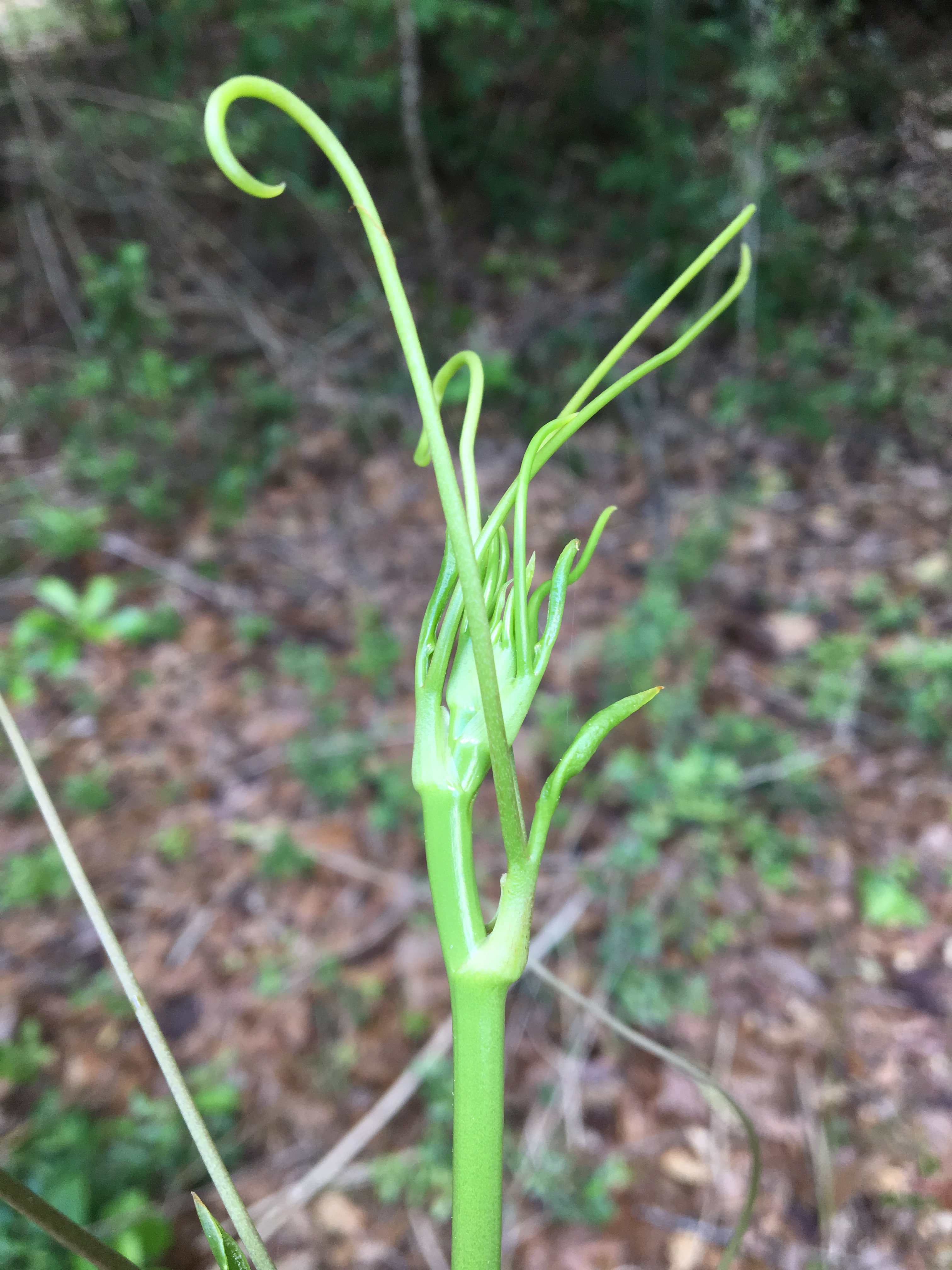 Few native edible plants are as satisfying to eat than greenbrier. For one thing, the tender shoots emerging from the hard tubers in the spring are a tasty treat whether eaten raw, steamed, or sautéed in butter. For those of us that encounter this plant in its mature and thorny state, this is also payback for the many scratches and scars that these vines can inflict.

Known as greenbrier, catbrier, prickly ivy, and my favorite name, “wait-a-minute plant” this thorny vine is the bane of gardeners and those of us that frequent local trails and wild places where we are tripped up or as I like to say “attacked” by the vines lying in wait for someone to come along. The sharp thorns along the stems of these vines, and in some species the sharp spines on the leaves, give this group of plants their common name. I am convinced that this plant has “eyes” that see me coming and muscles that flick them across my path. I have tumbled many times in less than flattering ways. Dignity is suspended when dealing with greenbriers. They hurt!!!

So yes, I was delighted to learn many years ago that you could eat the young tender shoots and that the tubers were also rich in starch and other chemicals that Native Americans used to treat a wide range of maladies and in cooking. Also known as wild asparagus, the shoots are of course the easiest to collect and eat. The tubers take a bit of time to process (they are rock hard!), but the results can be interesting. Native Americans used the dried starchy flour as a thickening agent in cooking and blended it with honey to make a sweetened jelly. But not all of the seven species common to our area are as tasty or have large enough shoots or tubers to make them a target of our revenge. 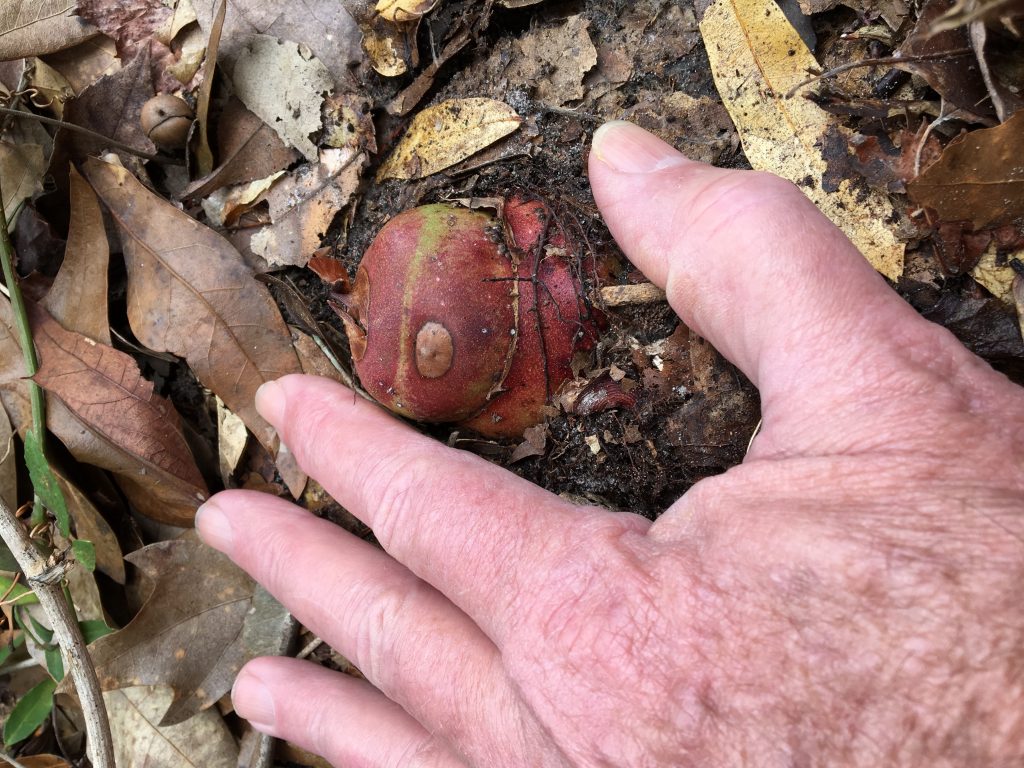 The largest and easiest to find, collect, and eat is Laurel Greenbrier, Smilax laurifolia. This species has large tubers in clusters that can cover quite a bit of space and produce thick new shoots each year. Some of these shoots can be as much as a quarter to half of an inch in diameter and can grow to reach several feet in height in a single season. This species is common in our wet pine savannas and pine flatwoods where the shoots can be free-standing. This is my favorite to eat because of its relatively mild flavor and size.

For be it for me to leave you with a wholly negative view of greenbriers, for the pattern of their leaves can be quite beautiful. The berries of these native vines are an important source of food for birds and wildlife. Just be aware of those eyes and step carefully. Good luck! 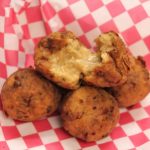 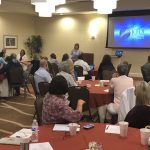