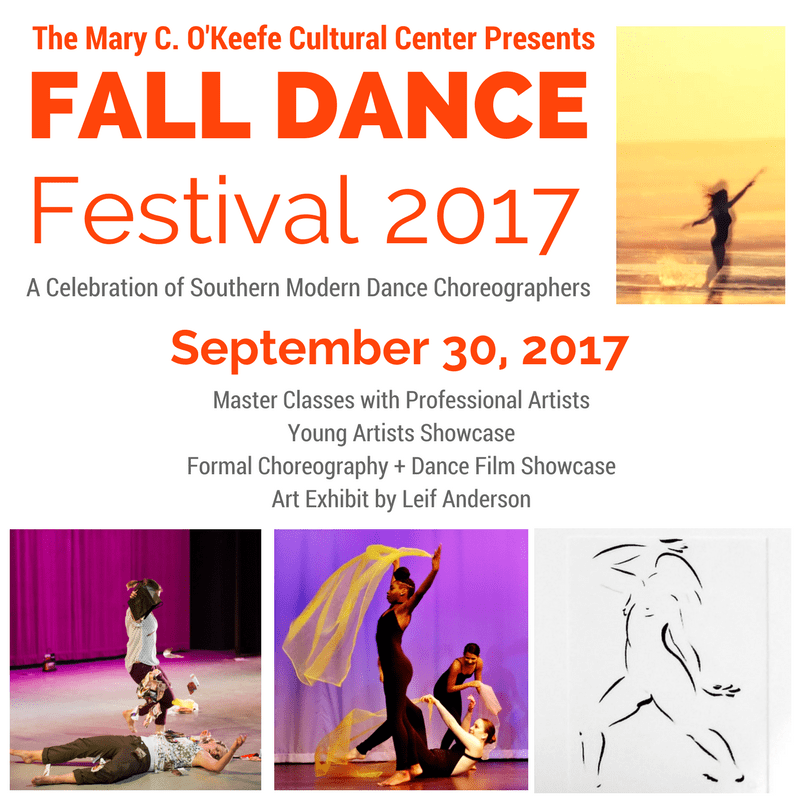 The Mary C. O’Keefe Cultural Center is presenting the 2nd annual Fall Dance Festival on September 30, 2017 in Ocean Springs, MS!
FDF2017 is a day of master classes, networking opportunities and performances that celebrate southern modern dance choreographers and educate the MS Gulf Coast about the art of modern dance.
Modern Dance emerged as a rebellion to classical ballet in the late 19th and early 20th centuries. Early pioneers of the dance technique stopped wearing corsets and pointe shoes in order to achieve more freedom of movement and expression in their bodies. A new, innovative technique began to form based on both natural and abstract movements of the human body. Modern dance continued to evolve into postmodern dance and finally into what is known as contemporary dance today. With every new generation of dance artists, unique styles and techniques evolved such as free dance, performance art, contact improvisation, release technique, improvisation, dance theater, authentic movement, Gaga, dance on film and many more.
Last year’s Fall Dance Festival 2016 was a great success! We had three dance companies from New Orleans, LA (Tsunami Dance, KM Dance Project and Known Mass) teach master classes and perform their original dance pieces. We also presented Leif Anderson and Summer Baldwin’s first duet together, 40 Years Between Us. FDF2016 also included an Informal Choreography Showcase which featured the work of emerging, southern dance artists such as Vaughn Dance, Selah Arts Collaborative, Delarence Collins Dance, Sarah Pitts and Catalina Reyna.
Fall Dance Festival 2017 is going to be even bigger than last year! Kelly Ferris Lester, University of Southern Mississippi Associate Professor of Dance, will be teaching a somatic-based dance class and presenting two original dance pieces. One of her pieces, People Issues, incorporates dance, spoken word and interactive props, as a way of investigating societal norms of body image, gender, race and major events in America.
Sharon Leahy, National Endowment for the Arts Choreography Fellow, will be teaching a Dance on Film master class and presenting her most recent dance film, Ground Fine. FDF2017 is excited to support the work of Ocean Springs’ very own, Leif Anderson. Leif will be performing an improvised dance piece in the evening showcase and sharing her dance figure drawings in the lobby of The Mary C. during the festival.
Other classes include Creative Movement for Kids with local teacher/performing artist, Summer Baldwin, and Modern Dance Technique with Hattiesburg dance artist, Katie Erin Ginn. The festival also provides a platform for emerging artists to meet and learn from established dance artists with a free networking event (Share Dance Meetup) hosted by the Mississippi Dance Leader Alliance. The Share Dance Meetup includes a panel discussion with professional artists from multiple genres of dance including modern dance, dance on film, ballet and dance team.
The festival concludes with a Young Artists Showcase for dance artists 17 and under to share their own choreography and a Dance Film + Formal Choreography Showcase which features the work of both emerging and established dance artists in the south.
Come celebrate the art of modern dance either by taking a class, seeing a performance or both!
Buy your tickets today at www.themaryc.org/tickets
Sponsored by: Carter & Jordan Law, Robert & Judie Baldwin and Ron Hall
Presented by: The Mary C. O’Keefe Cultural Center
Founded/Created by: Summer Baldwin 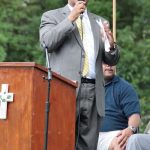 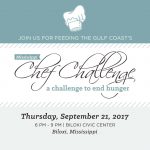