Grand Magnolia Music is launching a fall music series this month centered around musicians with ties to Pascagoula’s hometown celebrity Jimmy Buffett. The first show, set for Oct. 14, features Grammy Award winner Rodney Crowell and special guest Will Kimbrough, who were originally slated for an August show but rescheduled.

“I’m really looking forward to playing in Jimmy’s hometown for the first time,” Crowell told WRBE Radio recently. “I’ve driven along the coast down that way several times and always enjoyed it. It’s gonna be a lot of fun getting back down there to do a show.”

While Crowell is a long-established country music performer, his prominence has been enhanced by Ken Burn’s new documentary, “Country Music,” on PBS. A member of the Nashville Songwriters Hall of Fame, Crowell has five number one hits of his own and has written chart-topping hits for Buffet, Bob Seger, John Denver, Johnny Cash, Emmylou Harris, Waylon Jennings, Tim McGraw and more. Fifteen of Crowell’s songs have reached number one status. He has earned Grammy Awards for Best Country Song and Best Americana Album and has been nominated for six other Grammy honors.

Both Buffet and George Strait recorded Crowell’s song “Stars on the Water.” However, Buffet recorded it years before Strait and has said he wished he had written it himself because it so accurately describes the Gulf Coast. Crowell first recorded it on his 1981 album, Rodney Crowell. Buffet released it in 1983. Strait recorded it in 2001. In a 2018 interview with Rolling Stone magazine, Crowell said he wrote it during a time he was captivated by Impressionist art. “I was really, really looking and thinking and pondering Impressionist and Post-Impressionist paintings…Renoir, Monet, Cezanne, Van Gogh. ‘Stars on the Water’ was a vision where the stars and the lights on the coast become one, which is typical of Impressionistic painting,” Crowell said.

Kimbrough is a Mobile native who has worked with Crowell in Emmylou Harris’ backup band and has toured with Crowell’s band. Kimbrough, an honorary member of Buffet’s Coral Reefer Band, has penned eight songs recorded by Buffet. “In Pascagoula, I get to open for my dear friend Rodney Crowell, a national treasure and one of my dearest mentors in life,” Kimbrough said.

Other shows in the series are J.D. Souther on Oct. 27 and Lee Roy Parnell on Nov. 14. Souther wrote many hits for the Eagles like “Heartache Tonight,” “Best of My Love,” and “New Kid in Town.” Parnell, a blues rock artist and slide guitar virtuoso, is best known for his recordings of “What Kind of Fool Do You Think I am,” “Tender Moment,” and “A Little Bit of You,” which all peaked at the number two spot on Billboard’s country music chart. The connection to Buffet by Souther and Parnell is that they have worked with some of the same artists, primarily the Eagles and Jackson Browne, and have recorded in the same studios.

For more information on the series and to buy tickets, visit grandmagmusic.com. A portion of all ticket sales will benefit Dixie Adoptables Animal Rescue in Lucedale to aid in the adoption transport project. Grand Magnolia is located at 3604 Magnolia St., Pascagoula.

The series is part of the Mississippi Songwriters Festival, associated with Jazz Fest Unplugged, and is sponsored by Cathead Vodka, Lagniappe Weekly, Scranton’s Restaurant and Catering, and the Grand Magnolia Ballroom and Suites. 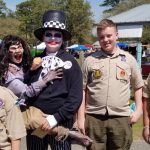 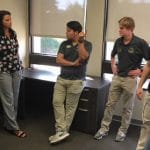