This winter, Biloxi hockey is back, and you have two more chances to see it for yourself.

The first game on December 2 had a crowd of 4,230. Kids, families, and fans all cheered the ‘home team’ Port Huron Prowlers on to victory. There was plenty of action and reasons to cheer with both teams fighting for each goal.

The coliseum was absolutely buzzing. It was special to have the competitive spirit back, and hockey brings out an enthusiastic group. The game tied up several times during the course of play, but the Prowlers, up one goal at the end of the third period, took advantage of their opponents pulling their goalie to score the final winning goal.

The fans added to the fun, but it was the hard playing action brought by the players of both teams that made the evening memorable. The power plays, the checking, the fights, it was some great hockey.

The next two games are scheduled for December 17 and 30. Tickets can be purchased at the coliseum box office or online. 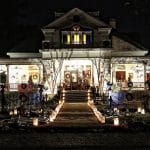 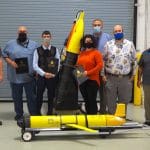