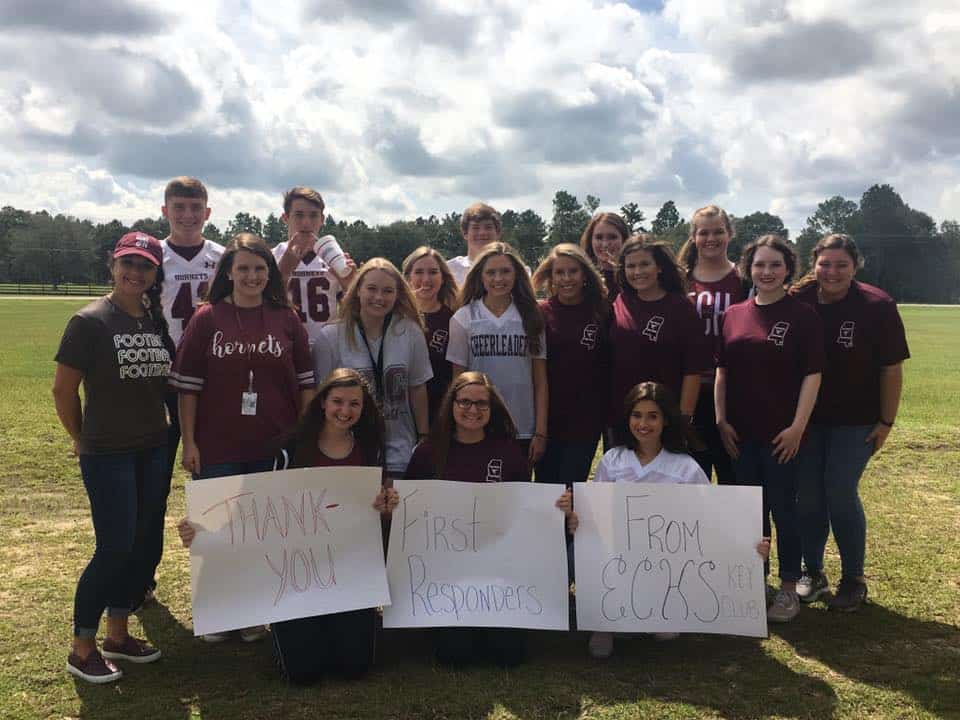 Devin Smith, co-sponsor of the Key Club, said the idea behind the picnic was to show appreciation for the sacrifice, dedication and service the first responders provide to their community.

“Words aren’t always enough. We felt like providing them with a free meal and a handshake would be a nice way to acknowledge them and their hard work.”

All first responders in Jackson County were invited, including those from the Sheriff’s Department, Acadia Ambulance Service and fire departments.

The weather was beautiful, warm and sunny, and the picnic was held on the band practice field in front of 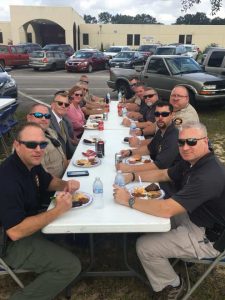 East Central High School. About 25 members of the Key Club contributed everything from buns, chips, baked beans, drinks and meat for the grill. Misty’s Kitchen donated homemade macaroni and cheese, which was a huge hit. H&H donated baked beans and Tilly’s Produce donated all of the lettuce, tomatoes and onions.

“The first responders who attended were very grateful and personally thanked the Key Club members. They seemed to really enjoy the food and their time in fellowship with other first responders.”

The picnic was a success and there are plans to make it an annual event. And, the first responders weren’t the only ones who benefitted from it.

“The picnic was a true picture of service. The members so willingly gave of their time and resources to serve. The smiles and thank yous from the first responders made them feel good about what they had done. Giving back can be very rewarding for the giver and receiver. This was a great opportunity for our young people to see the true meaning of service.”

Founded in 1925, Key Club International is the oldest and largest service program for high school students. It’s a student-led organization whose goal is to encourage leadership through serving others. Key Club is also a part of the Kiwanis International family of Service Leadership Programs, specifically the Kiwanis Youth Programs. Members are made up of high school students who are motivated to be a part of giving back and serving their community.

This is the first year to have a Key Club at East Central and Smith is excited about what is in store for the club. They have several projects in mind for the future including a Sprinkle of Hope “Pink Out” fundraiser. They will also hold a Key Club member initiation sometime this Fall. 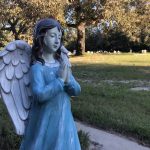 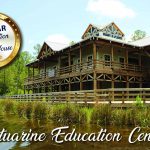