Even though the first weekend of June wasn’t met with the most ideal weather, that did not stop local fishers from coming out to the Ocean Springs Marine Mart Fishing Rodeo.

“We have two different divisions for this tournament,” said Kenny Deniro, tournament director.” We have the offshore division, which involves Cobia and Red Snapper. The in-shore division has Red Fish, Speckled Trout, Flounder and Blackfish.”

The event wasn’t exclusive to competitors, as there was also live music, food and drink offered for anyone just wanting to see the fish and feel like part of the community.

“This is a good economic driver and an old-fashioned way of getting the community together,” said Jim Franks. Franks works at the Gulf Coast Research Lab with the University of Southern Mississippi and served as the Weigh Master at the tournament. “Everyone is interested in fish, so this is good all around for Jackson County.” Franks has served as weigh master for similar events for 30 years. 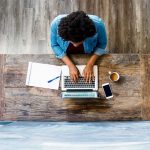 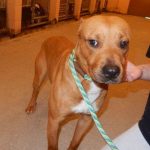