Love true crime and crime dramas? Podcasts, documentaries, 48 Hours, Dateline, Law & Order, Criminal Minds – you know who you are. If you’re looking for something new to watch during this social isolation period, there are some great new – and old – crime shows to binge.

Here are some of the best shows out there (in my opinion) for those who love true crime or crime dramas.

I wouldn’t say this is the best show I’ve ever watched, but it’s very entertaining. Whether you knew it or not, most likely, you have seen a “You” meme in the last few months as the second season of this show released in December 2019. The first season covers the love story of Joe and Beck – how sweet right? Well, maybe not so much. This is a must watch and the teaser at the end of almost every episode will keep you wanting more. Is Joe a bad guy or a good guy? It seems straightforward, but you may find it hard to tell as the episodes progress into the second season.

I started with “You” because it’s the most popular and will help you catch up on memes, but “Unforgotten” is by far one of the best shows I have ever seen. If you haven’t watched many British shows, you should know that they are, for the most part, better than American shows with better acting and better story telling – in my opinion. The acting in this show is just incredible, starting with lead actress Nicola Walker. And, the performance given by Mark Bonnar at the end of season two will leave you in tears.

The team investigates cold crimes, but you will feel like they just happened yesterday with the passion and intensity exhibited by the team investigating them. It’s incredibly well done, and I highly suggest it. This is available on Amazon but will require an additional subscription to one of the British channels – you should be able to binge it during a free trial. If not, it’s worth the cost.

This is the British and original version of the show Gracepoint that came out in the United States in 2014. David Tennant and Olivia Coleman are some of the best actors I’ve ever seen, and they do a great job in this drama where a young boy is murdered in a small town. Who did it? You might be surprised to find out. This is currently on Netflix.

In this one, Zac Efron plays Ted Bundy. That’s pretty much all you need to know. He plays the role of pretty boy serial killer perfectly – at some point, you find yourself realizing how these girls could trust him, but you’re also terrified of him. Sounds about right. This one is based on true events but is still dramatized a bit. This is currently available on Netflix.

As a single female living alone, this show is absolutely terrifying. The stalking and crimes committed are scary and can be tough to watch for some, but this is a great crime show.

It is unique because you know who committed the crimes: who he is, where he is, what he does for a living, and all that. You know, and he knows, but the cops don’t know and they can’t catch him. It’s interesting to see both sides of the story from that perspective. Again, the British acting takes the win with Jamie Dornan (“Fifty Shades of Grey”) and Gillian Anderson (“X-Files) as the lead characters. It’s scary, but amazing. This show was on Netflix until October 2019 and is now available for purchase on Amazon.

While you have some extra time on your hands, check these out, and let us know which one is your favorite! 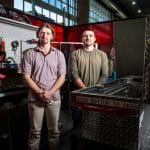 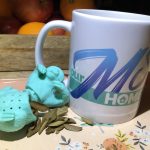