All right, I know that everybody out there isn’t a football fan, and I understand that. However, a lot of folks in these environs do love the gridiron sport, so last Friday night’s high school games to start the season were a welcome sight.

So it was that my crew headed up to Dantzler Stadium, known to many as “The Lake” (hey, the north end zone is about a good 5-iron from Beardslee Lake), to take in this year’s “Battle of the Cats” – Pascagoula versus Moss Point. It has been well chronicled in this column and elsewhere that PHS-MPHS, one of the truly great rivalries in Mississippi High School football, should always be the season-ender for both teams. Reclassification (Pas is 5-A, MoPo 4-A) has changed that over the past decade or so, but I do applaud the two athletic departments for making it the first game each year, which does have some cachet of its own.

The “crew” I referred to includes Roy Myers, Gary Stevens, and Leslie Thompson. We’ve been going to Panther games together since we resettled in Pascagoula after college, and it’s a pleasant autumn experience we look forward to each year.

Well, OK, it wasn’t too autumn-like Friday night at Dantzler. In the first quarter, I said, “I’m probably going to regret saying this, but it’s really not too hot tonight.” Yeah, well, I was catching a bunch of chuckles and reminders of that statement in the fourth quarter when it was still, let us say, rather warm.

Now, to the game itself. Pascagoula and Moss Point have had a lot of wild games in the storied series, and this one did not disappoint. It was back and forth all night, with hard-hitting trick plays and spectacular runs and catches. The Tigers led 26-19 late in the third quarter before the Panthers came back to take a hard-earned 33-26 victory.

Running backs Jacoryn Walker (21 carries, 210 yards) and Kayvon Barnes (21 for 189) had exceptional nights for the Panthers, running behind an offensive line that opened holes constantly. Quarterback Reuben Lee was valiant in defeat for the Tigers, passing for up around 300 yards.

The game was perfect by no means. There were numerous turnovers by both squads and way too many penalties. (Don’t get me started on the officiating: we have too many on-field conferences – and too many flags, period, to be honest—that break up the flow of the game.) Still, it was the first game of the year, so mistakes and kinks to be worked out are somewhat normal.

Perhaps the best statistic of the night was the crowd, which was pretty much packed on both sides.

Attendance at high school games nationwide is not what it once was, and we may never again see the regular 6,000-8,000 every Friday night locally as we did back in the day. If this past Friday was any indication, however, we may be trending in a positive direction.

So, now we’re off and running with the pigskin season. Pascagoula will have its home opener this Friday night at War Memorial, and all other Jackson County squads will be back in action as well. Get out and support your local team of choice.

Also, this weekend Ole Miss, Mississippi State, USM all kick off their seasons, an always-exciting prospect within the colorful panorama of college football. The week after that, the NFL and the Saints will crank back up. Yep, football is back.

OK, so call me old school, old fashioned, too sentimental, too much of a football fan—all mostly accurate and richly deserved. But, when, as the hard-fought Pascagoula-Moss Point game ended last Friday night, and I saw the Panther players joyously run over to face the cheering stands, lock arms with coaches and cheerleaders, and sing along as the band played the school alma mater, “We Love You PHS”—well, particularly in these stressful times with so many national issues and divisions, I think that’s a pretty dang good sight to behold. 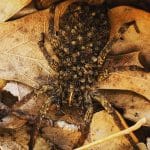 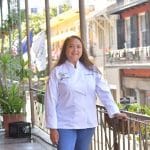