The life and legacy of a beloved University of Mississippi professor were memorialized Saturday (Aug. 27) with the unveiling of a historical marker between the buildings where he taught classes and kept office hours.

In front of a small crowd, including family members of the late David Sansing and faculty and staff members, university officials unveiled the David G. Sansing Historical Marker, a plaque created through the Mississippi Department of Archives and History.

The plaque is in a landscaped area between Bondurant Hall and Bishop Hall. Sansing had his office for many years in Bondurant and taught in Bishop as a faculty member in the Department of History.

The professor emeritus of history and author of the definitive history of the university died July 6, 2021. He was 86.

“While Dr. Sansing wrote volumes about Mississippi, we come together today to commemorate his special relationship with the University of Mississippi,” Chancellor Glenn Boyce said during the ceremony. “He forged this relationship through perceptive, insightful and rigorous study of our institution, its people and all that makes it distinct.

“He was a beloved professor and colleague, and a father and grandfather to Ole Miss graduates. He was a great man and a great scholar at our university.”

The project was started secretly by Dr. Reed Hogan III, of Jackson. Following the plaque’s creation, he contacted university officials about a location for it.

“Dr. Sansing was my de facto grandfather,” Hogan said. “The last conversation that I had with him was in the Grove. We talked about historical markers we had erected in Jackson.

“When he passed, I reflected upon how proud of me he was for what I’d done. It just clicked that he deserved to have a plaque in his memory in the place he loved and worked for so many years.”

Perry Sansing, the professor’s son, said the family is most appreciative of the university’s generosity.

“Teaching students, working with history department colleagues and conducting research filled his days at Ole Miss, and he loved it all,” said Sansing, associate general counsel and special assistant to the chancellor for governmental affairs. “The family especially appreciates the efforts of Dr. Reed B. Hogan III to make the marker possible.”

A historian, writer and teacher, Sansing’s writings and teachings put a spotlight on the history of his home state. His career at Ole Miss began in 1970, and he was named teacher of the year in 1990.

His 2013 textbook, “A Place Called Mississippi” (Clairmont Press), remains in use in public and private high schools throughout the state. 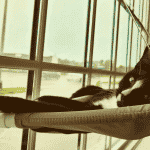 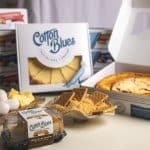