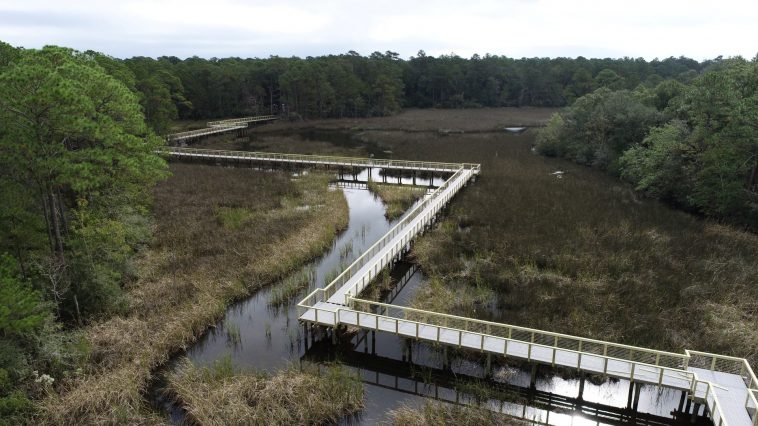 The first is a new welcome center facing Graveline Road, created from a historic two-story log cabin. The other is a new marshwalk pier, which takes visitors on an educational and scenic journey through the secluded 400-acre park.

With the help of Tidelands funding, provided through the Legislature and the Mississippi Department of Marine Resources, the two amenities will add new experiences for visitors to the city-managed park.

“The beautifully renovated log cabin is full of character and sets the tone for visitors entering Shepard State Park,” City Manager Paula Yancey said. “It will serve as a welcome center, meeting/classroom space and a general store for Shepard State Park’s campers. We’re especially proud to name the general store in honor of state Rep. John Read, who has championed improvements at the park over the years.”

The log cabin was built in the early 1920s by Walter Alfred Cox, a nurseryman and real estate businessman, in what is now Gulfport, approximately one mile north of Interstate 10. The cabin was constructed of Southern yellow pine logs cut from the property.

The Cox family lost their home during the Depression, and it was subsequently purchased by Joel Pinson Wilson, who continued to use it as a nursery business and operated it as Wilson Farm Nurseries.

The business was ultimately inherited by the only son, Clarke Wilson, and his wife, Marjorie Welch Wilson. After their deaths, the house was sold and relocated to save it from destruction. It was moved to Allen Road in Gautier in 1993, where it was operated as The Wilson House Inn Bed and Breakfast.

The log cabin was later donated to the City of Gautier and moved to Shepard State Park, where it was overhauled to become the welcome center.

The marshwalk allows visitors to get a closer look at the local marsh habitat, view birds and other wildlife, and enjoy scenic views of Lamotte Bayou. It includes approximately 1,000 feet of pedestrian boardwalk that zigs and zags across the beautiful marsh, creating a variety of views and opportunities to appreciate nature. 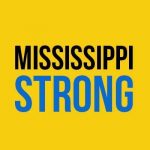 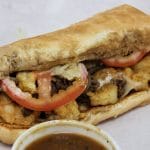