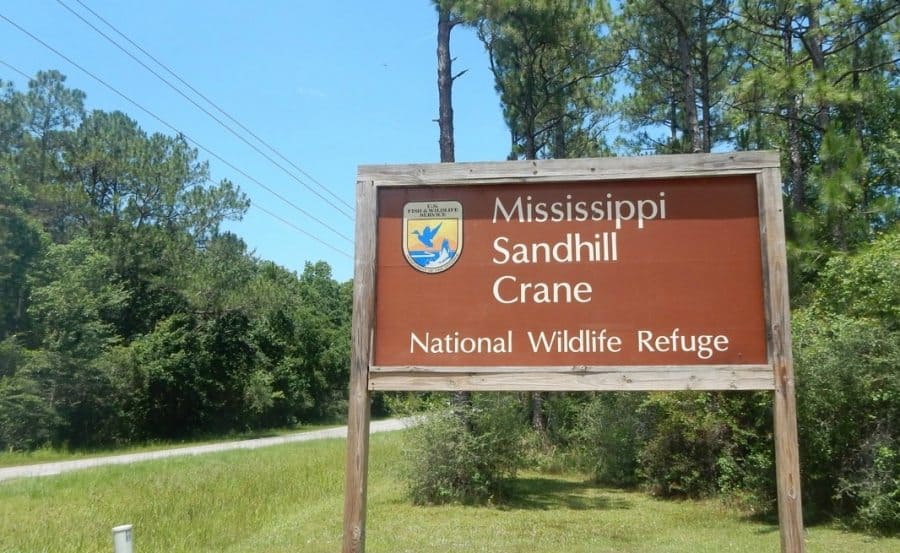 “Our refuge was established in 1975 as one of the first refuges established under the Endangered Species Act, and we were specifically established to protect and preserve the habitat of the critically-endangered Mississippi Sandhill Crane,” said Refuge Ranger Melissa Perez. “It is one of the most critically endangered birds certainly in North America and really in the world. At the time the refuge was established, there were approximately 35 Sandhill Cranes left in the wild.” Perez estimates there are roughly 120-130 cranes on the refuge today.

Not only does the refuge preserve and protect a bird species native to The Magnolia Sate, but it also works to keep its habitat thriving.

“The wet pine savanna is a very unique habitat, and only three percent of that habitat that once existed actually exists today,” Perez explained. “You used to be able to find it stretching from Texas to Florida, but now you can find just a little bit in Jackson County and just a smidge in Baldwin County in the Mobile area, so the habitat in and of itself is endangered as well.”

The refuge serves as home to the Dusky Gopher Frog, five species of carnivorous plants, certain species of orchids, and some rarer species of sparrows.

“The Dusky Gopher Frog is also critically endangered. There were about 100 left in the wild, so right now now we have a captive breeding program where we breed them in captivity and release them into the wild here on the refuge,” Perez said. “The diversity of plant life here is pretty amazing as well. Just on our short nature trail by the visitor’s center you can see five different species of carnivorous plants, ranging from pitcher plants, which people are more familiar with, to the little more fantastic ones to sundews or the butterworts or the bladderworts.”

One of the unique practices at the refuge is the prescribed burns.

“It may seem odd, but this is fire dependent habitat,” Perez said. “We used to have wildfires come through the area every 2-10 years, but with the urbanization and suburbanization surround the refuge, that’s not really possible anymore. With the prescribed burns, you get, all of the benefits of that rejuvenation with the control that you want in a populated area.”

Not only does the refuge serve to protect and preserve these endangered species, but is also an asset to the overall economy of Jackson County.

“From just our bird watchers that come to visit the refuge, we get them from all over the world and have about 10 thousand to 15 thousand visitors annually through the visitor’s center, but we also have more visitors to our more remote trails around the refuge, and it’s increasing every year,” Perez explained. “We are located in Gautier and the city’s slogan is it’s Nature’s Playground. This is the only place on Earth you can see the Mississippi Sandhill Crane.”

For anyone interested in visiting the refuge, the onsite museum is open all year and free of charge. However, guided tours are not offered during the summer.

“Starting in October into February or early March we offer guided tours twice a week on Wednesday and Saturday mornings,” Perez said. “You spend a few hours with us in our vehicles and go crane spotting, but we don’t offer them during the summer months, which is nesting season, because we don’t want to minimize disturbances during that time.” 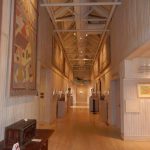 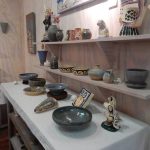